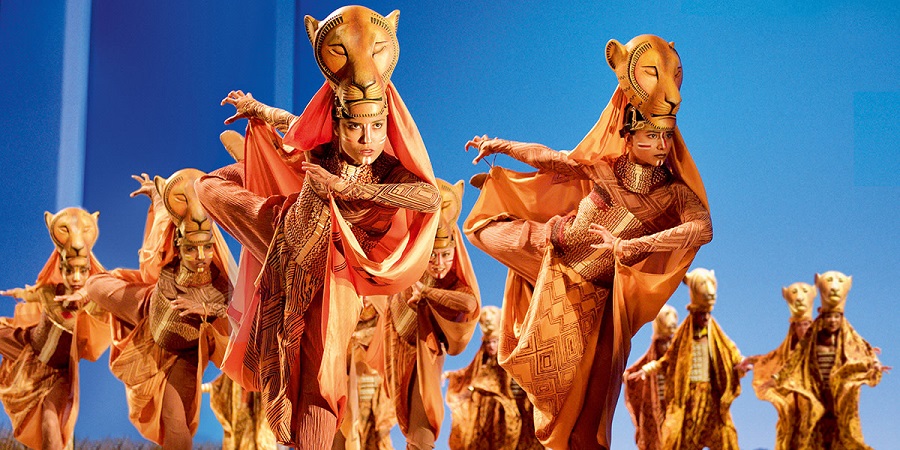 #TurksandCaicos, May 19, 2021 – TCI professional dancer, 23-year old Ryesha Higgs has officially announced her forthcoming debut in London this summer when the show officially reopens on July 29, 2021.

“I am so honoured to officially announce that I will be making my West End debut in Disney’s The Lion King London this summer! It has surely been a journey, so much has changed since then, yet one thing remains—that the arts, dance in particular, are essential and shows like The Lion King are necessary in our ‘new normal’ world,” said Ryesha in her official Facebook post.

Ryesha, who has now completed her Bachelor of Science degree in Bio-Medical is pursuing a Master’s Degree in international surgery at King’s College, London.  The aspiring doctor recently completed an internship with the Turks and Caicos Ministry of Health as she broadens her medical experience.  Still, Ryesha’s heart holds many loves; she is professionally trained in the dance since childhood.  While residing in New York, Ryesha’s development as a professional dancer took her to the Ailey School of Dance; the Alvin Ailey American Dance Theatre and the Dance Theatre of Harlem.

Being a talented and professional dancer, Ms Higgs’ commitment to arts, especially dance, and her zest for excellence has finally paid off in her long-term career.  From Providenciales in the Turks and Caicos Islands to Disney’s The Lion King, one of the largest productions on London’s West End, Ryesha’s passion for dancing remains an inspiration to many youths.

On her debut, Ryesha Higgs will join a diverse cast featuring multi-cultural talents from around the world, including those from the neighbouring Caribbean countries of Trinidad & Tobago and Barbados.

It was promoted that Du-Wayne Hinds of Barbados and Zara Bartels of Trinidad and Tobago were cast in Disney’s the Lion King.

“Whilst the Lion King encompasses themes of culture, diversity, friendship and faith, its reopening in today’s context represents resilience, restoration and spirit,” said Ryesha in an interview with a local daily.

Ryesha’s return to the world’s commercial dance stage signals the resilience and rejuvenation of her dancing career as she’s set to take many roles during the concert. While making such achievements is not an easy feat,  she expressed her gratitude for the chance to represent TCI on a global platform and looking forward to the support from TCI fans by buying tickets for the show.

“I am so thankful for the opportunity to represent the Turks and Caicos Islands in the theatre and commercial dance world. I look forward to rejoining my talented cast members back in the ‘pridelands’ as we celebrate culture and creativity.

“Our opening show is July 29th. Please reach out if you need guidance on how to get tickets! Until then, I hope to see you all in paradise a few weeks more before I jet off to an intense rehearsal period,” she concluded on her Facebook post.

Since the premiere of Julie Taymor’s internationally celebrated stage adaptation on Broadway in 1997, THE LION KING has entertained more than 100 million theatregoers in 25 productions worldwide. When the show closed its doors on Sunday 15th March 2020 it was the West End’s best-selling stage production and the sixth longest-running West End musical of all time.

It is being staged at the Lyceum Theatre, with tickets starting at £20.

TCI: Jas Walkin’s Book’ Dreaming Beyond Your Diagnosis’ Becomes Most Sought-For On Amazon