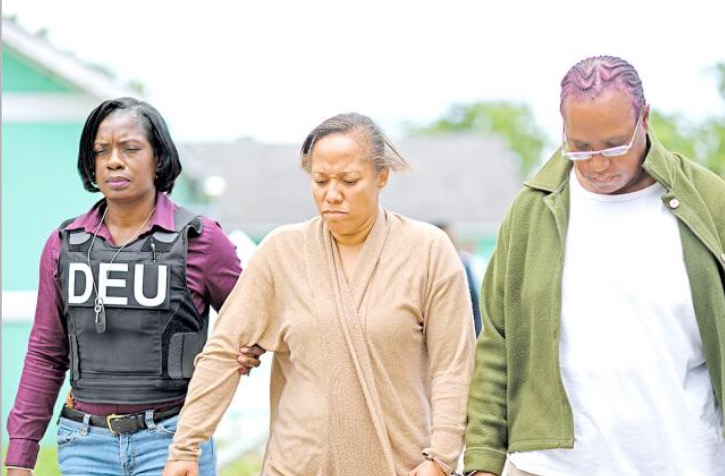 Bahamas, July 5th 2017 – Grand Bahama – Angry West end residents are now protesting against charges laid on the Woodside and Stubbs family, six persons in total, who were arrested for possession of over $4M worth of drugs.

Yesterday Magnetic Media reported that six Grand Bahama residents, after appearing before Deputy Chief Magistrate, Andrew Forbes, were not able to get bail and remanded to the Bahamas Department of Correctional Services until their trail on October 12th 2017.

According to the residents, the arrest came as a complete shock to the community as all six residents are law-abiding citizens, some of who are Sunday school teachers, a lay minister at the St. Mary’s church and none with prior criminal history. One senior member resident, Mr. Dennis Martin said that the drugs were found locked in a vehicle, which was parked in the vicinity of the Woodside and Stubbs’ home, but that the families were not responsible for it.

Stubbs Jr. owns a vehicle repair business and many vehicles are usually parked in front of his home. However, when police came to West end on June 26th, they met a locked car and neither Stubbs nor any of the suspects arrested had keys nor knew who owned the vehicle. As a result, they were all arrested. No additional drugs were found inside of either homes or on their person.

Residents became even further infuriated after the charges were laid yesterday because they say the court had no grounds to charge them on. Additionally, residents are threatening to riot if all six persons are not immediately released, especially since twin sisters Naomi and Ruth are the sole caretakers of their 95-year-old mother. 23-year old Silia is also a college graduate who recently returned to the Bahamas.

The residents are calling on the Attorney General and Minister of National Security to look into the matter immediately or expect heightened retaliation.