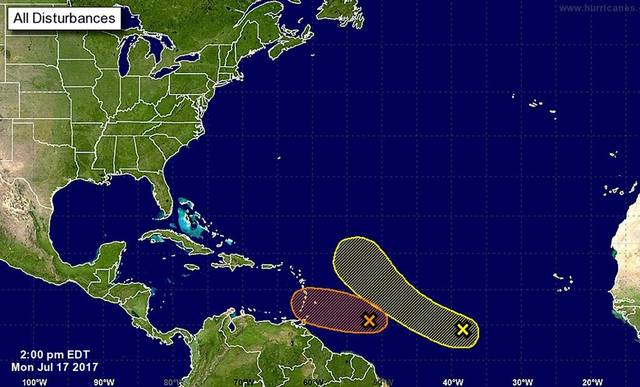 Providenciales, TCI July 17, 2017 — Tropical Storm Don has formed in the Atlantic and is headed for the Windward Islands according to NOAA National Hurricane Center advisories. Although the storm is expected to die out by Tuesday, tropical storm warnings have been issued for Barbados, Grenada, St. Vincent and the Grenadines and St. Lucia. Yesterday evening the storm was detected 485 miles southeast of Barbados and was heading west at 17 mph with sustained winds at 40 mph. Forecasters have warned of heavy rainfall, but expect the storm to end after it passes over the Lesser Antilles.