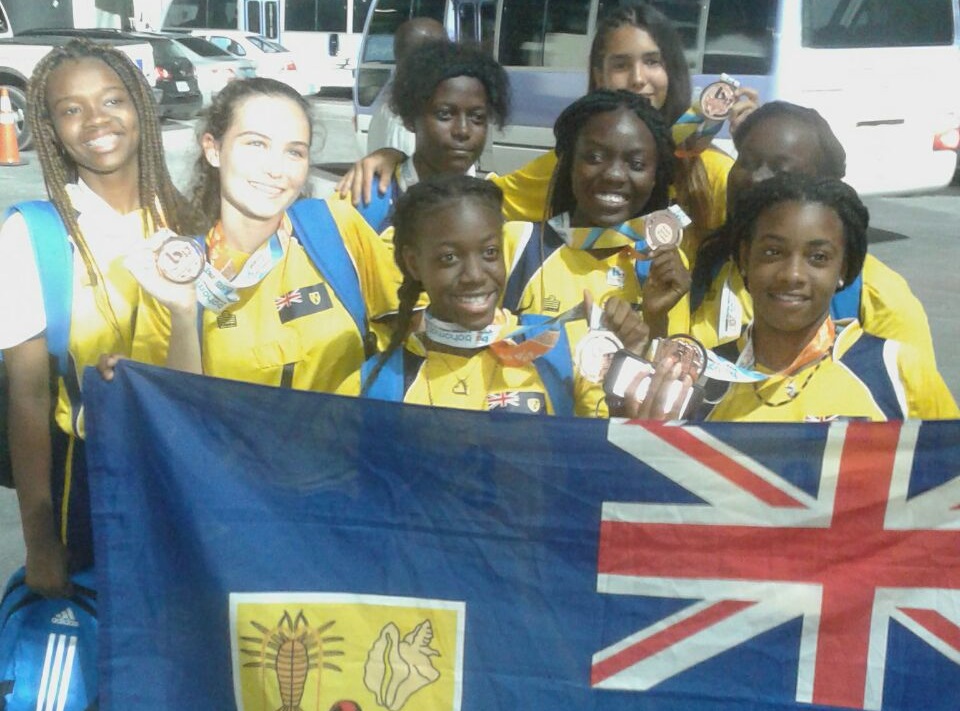 Bahamas, July 24, 2017 – Nassau – Football or Soccer was newly added to the roster of sporting disciplines at the Commonwealth Youth Games and in its inaugural year as a category, TCI young woman have won a medal.    Beating the Bahamas 3-1, the girls beach soccer team captured the country’s only medal at the Games held in Nassau.    The team returned on Sunday, to fans waiting for them at the Provo International Airport.