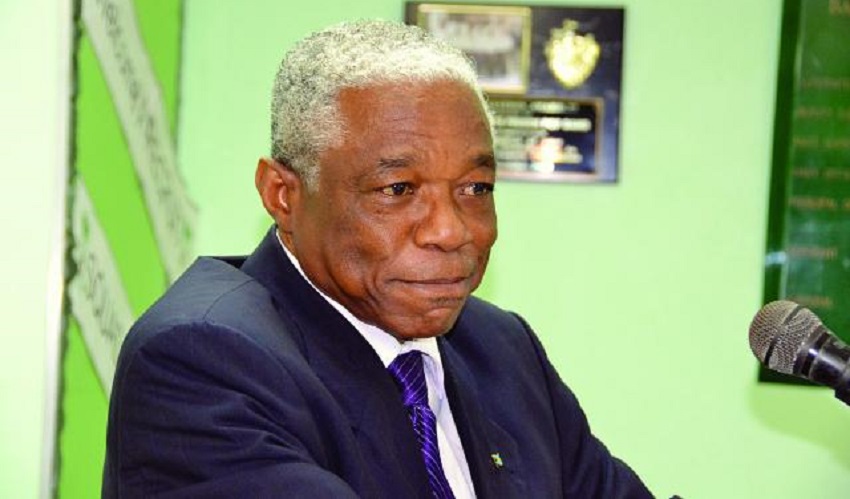 Nassau, Bahamas – July 10, 2017 – The Cabinet Office announces that an Official funeral will be held for the late Bernard J. Nottage, former Minister of National Security and Member of Parliament for Bain and Grants Town on Friday 14 July at 11:00 in the morning at St. Agnes Church.

Dr. Nottage passed away on Wednesday 28 June in a Florida hospital where he was airlifted after spending 3 days in the Intensive Care Unit of Doctor’s Hospital.  Throughout this period, Prime Minister Hon. Dr. Hubert Minnis was in close and frequent contact with Mrs. Portia Nottage, wife of Bernard Nottage.

Dr. Nottage was a professional gynecological colleague and fellow Parliamentarian of current Prime Minister Hubert Minnis, whose government paid all expenses related to Former Minister Nottage’s care in Florida and the repatriation of his remains to The Bahamas.

The Prime Minister and the Cabinet Office extended condolences to the widow of Former Cabinet Minister, Dr. Bernard Nottage, on Wednesday afternoon, 28 June 2017, shortly after his passing.

In accordance with the policy for government funerals effective July 2009, a State Funeral is the highest level of Government funeral and is given to Governors Generals and Prime Ministers serving or retired.  Cabinet Ministers who die while serving in Office are also accorded State Funerals.  The church service and burial are carried live on national radio and television; the body of the deceased is laid in State in the House of Assembly; the church service is attended by the Governor General, the Prime Minister, Cabinet Ministers and other Parliamentarians, the Judiciary, the Senior Corp of the Public Service, Uniformed Services and Heads of Mission of the Diplomatic Corp.  The Police and Defence Forces provide an honour Guard and pall bearers.

The second tier of government funerals is the Official Funeral which is given to former Cabinet Ministers and serving members of Parliament. The government covers funeral costs up to a maximum of $10,000.00 and the Police and Defence Force provide an honour Guard. Lying-In-State takes place in the House of Assembly. The church service is carried live on radio and may be recorded for future airing. The church service is attended by the Governor General, the Prime Minister, Cabinet Ministers and other Parliamentarians and senior public officers.  In recognition of Dr. Nottage’s many years of Public Service in the area of politics and sports, the government decided to increase the funeral costs it would bear to a maximum of $50,000.00.

The lowest tier of government funerals is the State Recognized Service given to former Members of Parliament, serving Permanent Secretaries and other high ranking Public officers or civilians who have made invaluable contributions to the State. The government provides live broadcast of the funeral church service via national radio.  Representation of the Cabinet and Parliamentarians and senior public officers are in attendance.

Protocol services and funeral service programmes are provided for each of these three categories of funerals.

The Cabinet Secretary issued a formal communication to Mrs. Portia Nottage informing of the government’s decision to have an Official funeral and outlining all of the matters for which the government would be responsible.

The National Events Unit of the Cabinet Office is working with Dr. Nottage’s widow and other family members on the details of Dr. Nottage’s Official funeral.  In the morning of Thursday, 6 July 2017, that Unit met with Dr. Nottage’s widow, brothers, sister, sister-in-law and the Nottage’s rector to discuss pertinent logistical and protocol matters to be attended to prior, during and after the funeral service.  Mrs. Nottage chose St. Agnes Anglican Church where they worshiped as the location for the funeral.  St. Agnes is also located in the constituency Dr. Nottage represented for many years.

A meeting of all of the government agencies involved in the staging of an official funeral was held later that day at the Cabinet Office. These include representatives from: the Protocol Office of the Ministry of Foreign Affairs; the Royal Bahamas Police Force; the Royal Bahamas Defence Force; the Broadcasting Corporation of The Bahamas; the Ministry of Works; the Bahamas Information Services; the House of Assembly and the National Events Unit of Cabinet Office.  Also in attendance were Fr. I.  Ranfurly Brown, rector of St. Agnes Church and a representative of Bethel Brother’s Morticians.

The Cabinet Office will continue to provide support and advice to the Nottage family during their period of bereavement.