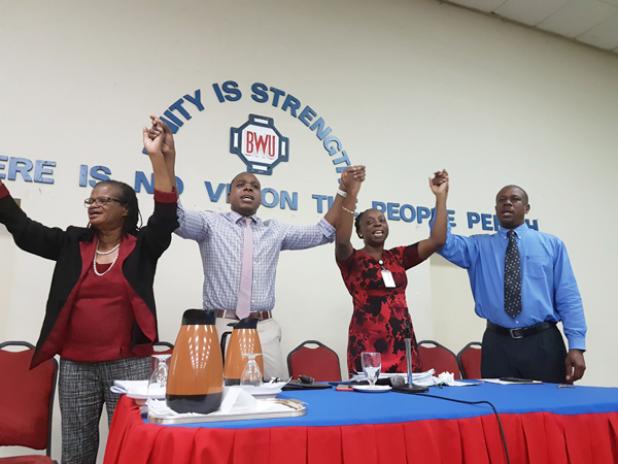 BRIDGETOWN, Barbados, July 11th 2017: Trade unions in Barbados will hit the streets today to march against the 10 percent hike in the National Social Responsibility Levy, NSRL, despite its counterproposal to Government’s crippling tax implemented seven days ago. The union leaders intend to march in front of Parliament.

In a joint union head meeting that included the Barbados Workers’ Union, the National Union of Public Workers (NUPW), the Barbados Union of Teachers (BUT) and the Barbados Secondary Teachers’ Union (BSTU), union leaders emerged with a proposal calling for Government to cut the NSRL by 50 per cent, requesting a decrease from the 10 per cent implemented to five percent.

The unions had initially called for the tax to be scrapped entirely and a coping subsidy be granted to its members to help cushion the blow of the tax, which moved from two percent to ten per cent. The tax marks an increase in the levy paid on all imports, and was implemented after the May 30th Budget presentation. So far, BSTU President Mary Redman says this is only phase one of ramped up action by the unions. Following official correspondence to Stuart, including the Leader of the Opposition Mia Mottley and the two Independent Members of Parliament, an ultimatum to change the levy will be granted for a short period. She warned if Government failed to meet the union’s demand, more militant action would follow.