Bahamas, July 12th 2017: Bahamas Power and Light’s theft toll continues to mount, with the latest figure coming in at $7M. Reports say forensic accountants have uncovered “much more missing money than anyone originally thought”. The latest development comes after senior members of staff were placed on leave last week. 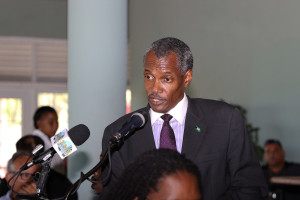 Works Minister, Desmond Bannister is assuring this move does  not mean that persons sent on leave are culpable of anything, however, deemed the action necessary for the auditors to have free movement and full access to all the BPL files without interference. Though no official word has been released on the exact figure, the minister has assured the public that the final tally will be revealed in due course. He says he is unsure how long the investigation will take, but added that no time limits were placed on the investigation. Reports say auditors from Ernst and Young were flown in from the US to conduct the investigation.