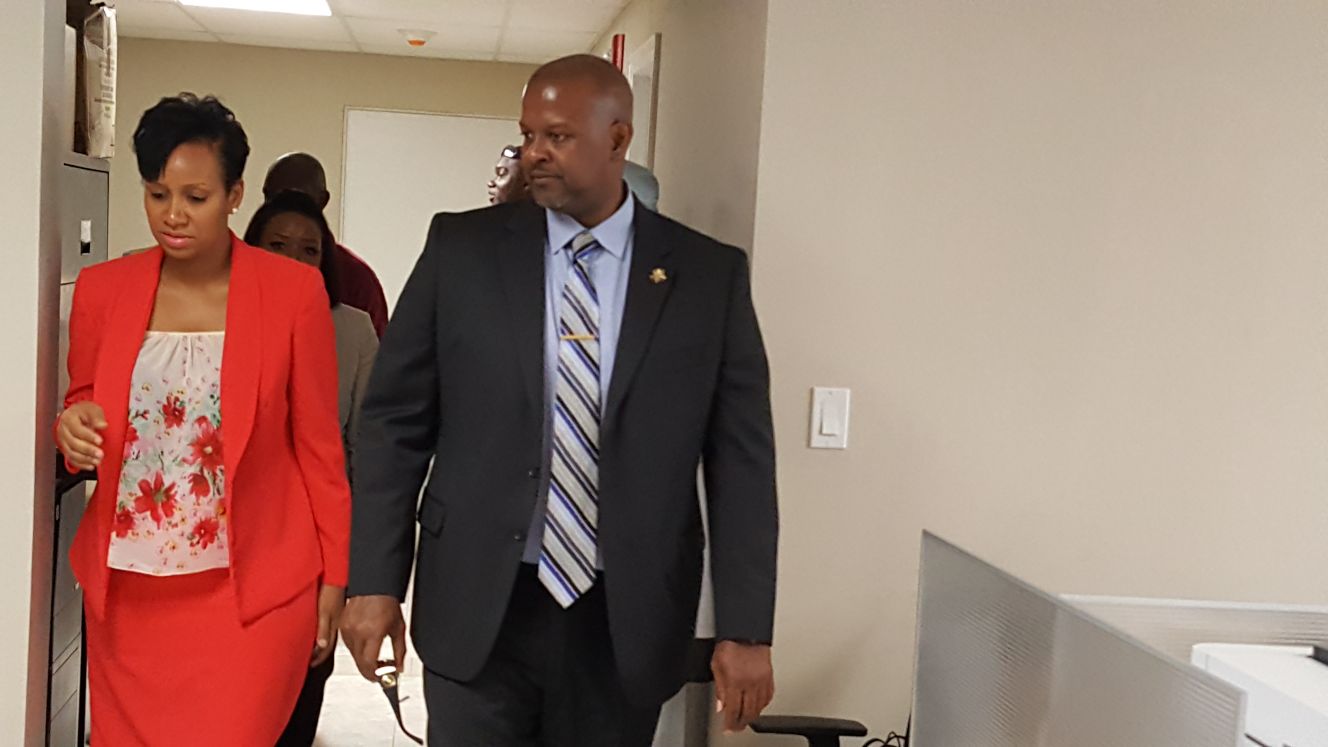 Turks and Caicos, July 10th 2017: Border Control and Employment now has a second location, this time in Providenciales. The building commonly known as Sammy Been Plaza, is also a stone’s throw from the International Airport, is now home to the Employment Services Agency, the Registration and Citizenship Unit and the Customer Services Center, all of which were formerly housed at the Sam Harvey Building in Down Town.

The opening is the first phase of the new TCIG Customer Service Center in Providenciales, which houses some 52 staff members.

Deputy Premier and Minister of Border Control and Employment, the Honourable Sean Astwood on visiting the newly opened facility, says next will be the launch of an online integrated management software system, allowing for the convenience of online application services from the comfort of their own homes, while other improvements in service delivery in products such as passports, birth certificates, labour clearances and work permits will soon be available.

Deputy Governor, Her Excellency Anya Williams said the new facility represents government’s improvement in efficiency and interface with its customers.

Government engaged in full purchase of the compound in March 2017. Similar plans are underway for the renovation of two remaining buildings, one designated for the Immigration Department, which currently remains at the Sam Harvey Building in Down Town Providenciales.