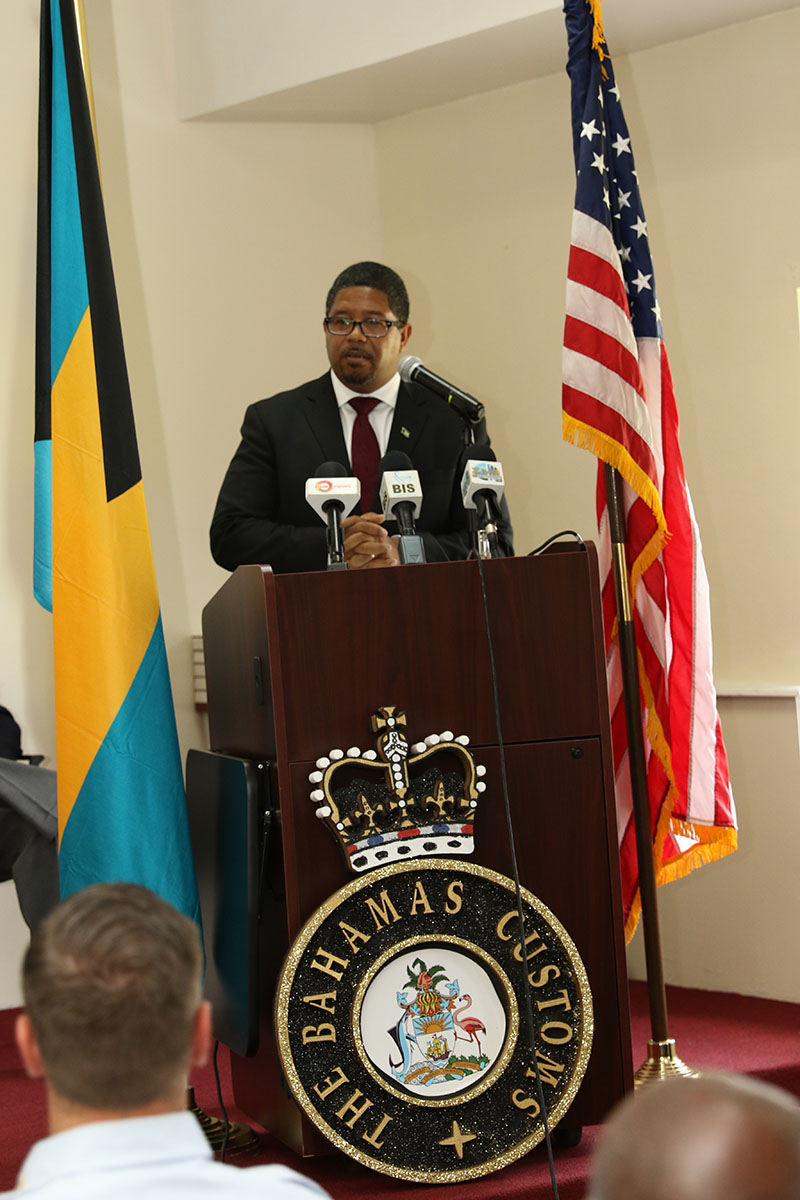 Bahamas, July 10th 2017: Acting Prime Minister and Finance Minister, Peter Turnquest says government is looking into strengthening the Customs Marine Department. Speaking at the U.S. Coast Guard Small Boat Operations 1 Course Closing Ceremonies at the Customs Building, Minister Turnquest says procurement of additional resources have commenced following recommendations received by the department. He says the “additional equipment will ensure that members of the unit can carry out their tasks in a safe manner.”

Thanking the U.S Embassy for facilitating the training provided, the minister says his government recognised “the borders were very porous” and the need to have “effective deployment of law enforcement and revenue enforcement personnel” were important to securing borders from illegal activities, narcotics, as well as government revenue.” 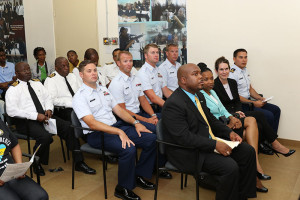 To date, the unit comprises of 19 officers, while six vessels are used by the unit to patrol New Providence, Grand Bahama and Exuma. Since its reestablishment in 2015, the Customs Marine Unit has been responsible for the seizure of 45 illegal vessels, and approximately $793,000 being deposited into the Public Treasury.

As a result, the minister says it will look into working with the Comptroller and Senior staff at the department on working on short term measures on how staff can be augmented.

Training facilitated by US Coast guard comprised of three areas, including the strengthening of customs management and capacity building, the modernisation of customs operations and implementation of the electronic single window, and the enhancement of the international trade institutional platform.