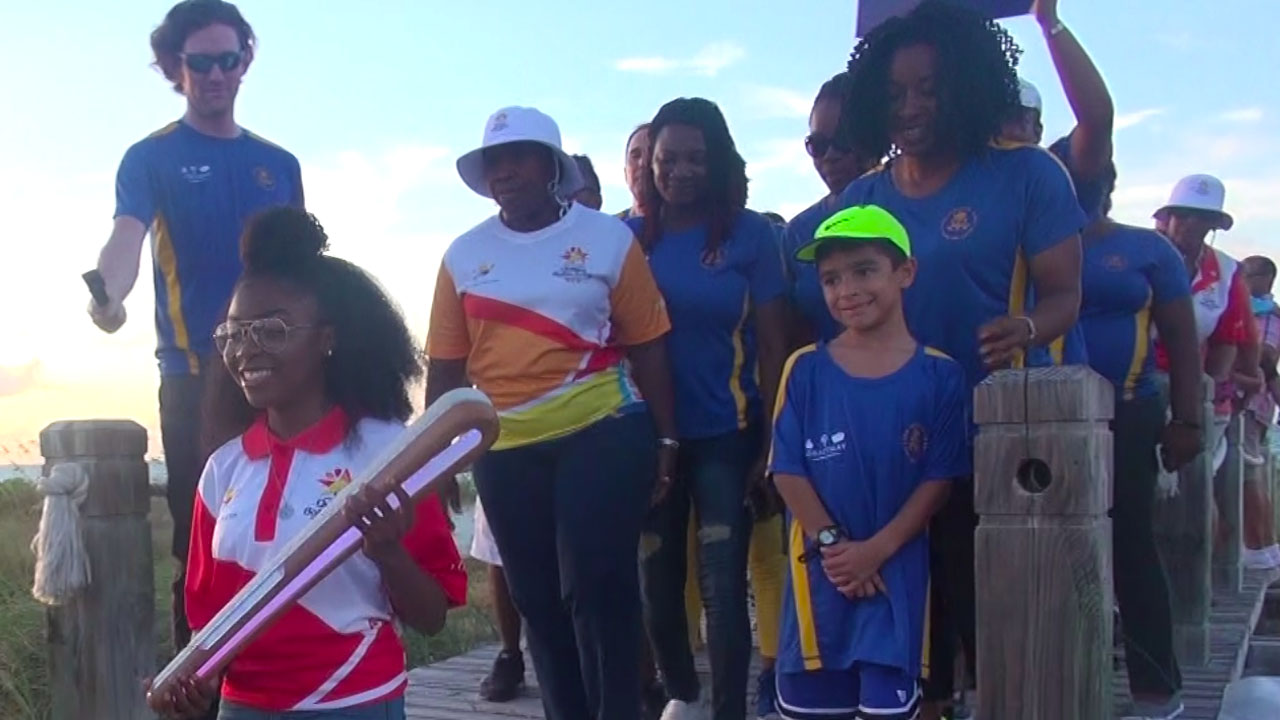 Providenciales, Turks and Caicos – July 14, 2017 – A successful jaunt through the Turks and Caicos islands for the Queen’s Baton of the 2018 Commonwealth Games as today the baton leaves our shores and heads to the Cayman Islands.

Six local islands were visited by the Queen’s Baton and its team and scores of sporting bodies, government agencies, private partners and amazing sites were a part of a whirlwind visit.

On Thursday, the Baton got into the Middle Caicos caves and rested in the hands of generations older and younger… across the North to Middle Caicos causeway with a little dancing by the District Commissioners of both islands and the Member of Parliament, Tourism Minister Ralph Higgs…  into the leafy trails of Wade’s Green Slave plantation and back over to Providenciales by ferry to be carried by the TCI Cycling Federation; Swimmers; Sailors; Volley Ballers; Softball Champions; Tennis players; Athletics stand out, Akia Guerrier  who was home for the honour; Sports sponsors – Graceway Supermarkets and even some members of parliament, namely:  Long Bay and Leeward’s member, Akierra Misick and Opposition leader, Washington Misick.

The baton ended at the Island Fish Fry where the junior tourism minister, Sports Minister Karen Malcolm and TeamTCI for the Commonwealth Youth Games brought the Baton home and to the stage where natives and tourists roared with applause for the mighty trek and the athletes.

Once again, a great show by the Turks and Caicos Islands and you can see the photo highlights in local media and at the Gold Coast games website online.  The photos are amazing.