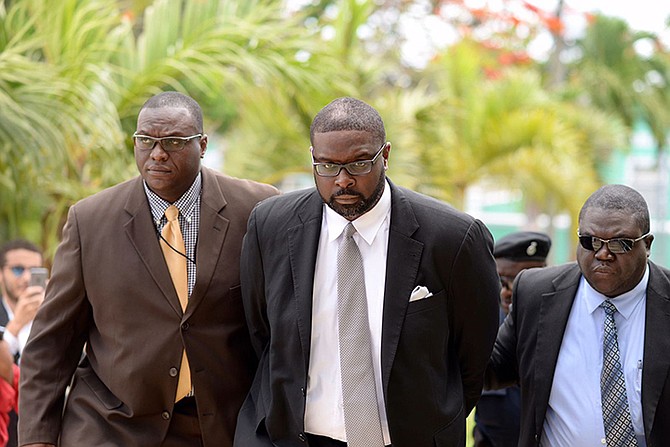 Bahamas, July 14th 2017: Kenred Dorsett has been granted $50,000 bail with two sureties after appearing in the Supreme Court today. The 46-year old former Environment Minister has been accused of soliciting bribes from Jonathon Ash for services involving the New Providence Landfill during its fire in March this year.

Dorsett was remanded to the Department of Correction Services on Thursday on a count of nine criminal charges, including a single count of misconduct in public office and four counts each of extortion and bribery. The former minister appeared before Magistrate Samuel McKinney while, Supreme Court Justice Carolitha Bethel heard the bail application in chambers.

It is alleged that Dorsett, while a public official between March 1st and May 9th, the eve of General Elections this year, demanded and obtained two payments of $10,000 and two payments of $50,000 from Mr Ash.

Dorsett pleaded not guilty to the allegations. The Matter has been adjourned to August 31st.