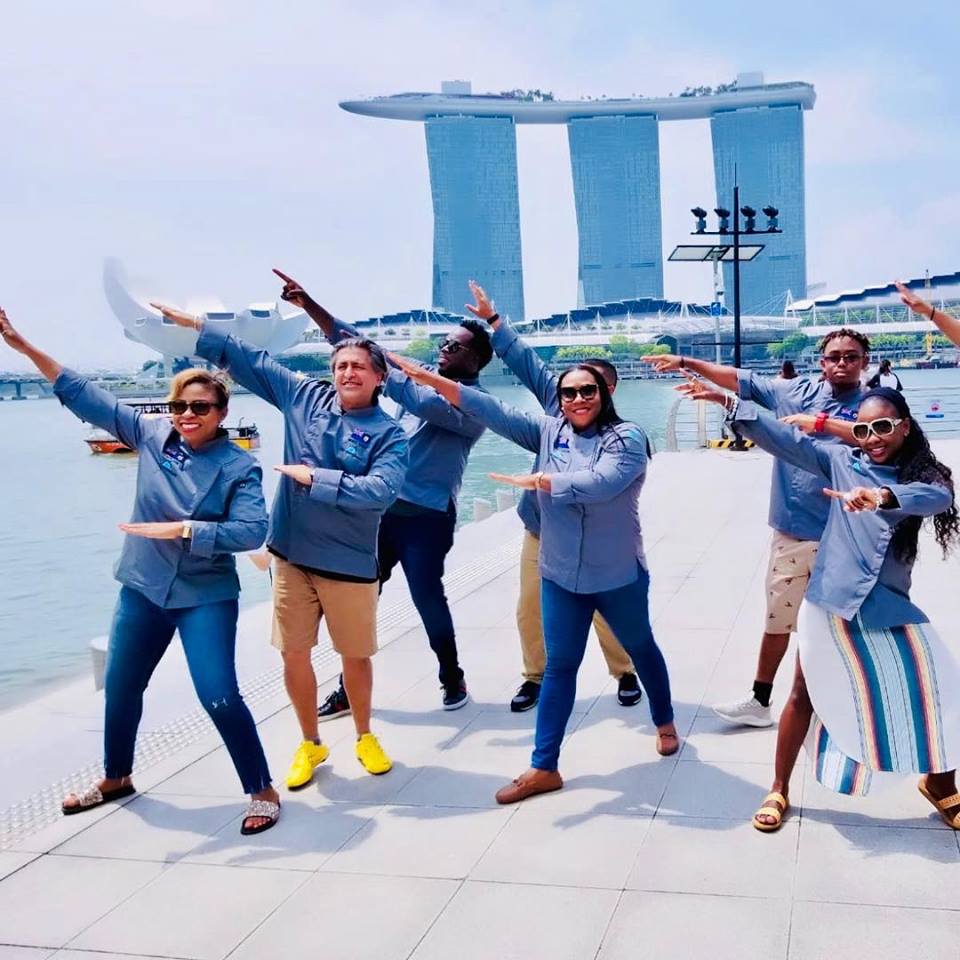 #Providenciales, May 5, 2019 – Turks and Caicos – Turks and Caicos is the first Caribbean culinary team to have participated in the globally renowned World Gourmet Summit, which was held in Singapore last month.  Turks and Caicos Hotel and Tourism Association Executive Director, Stacy Cox says it was great for the TCI and the region and expressed gratitude to the Caribbean Food and Wine Festival.

With Nikita ‘Chef Nik’ Skippings debuting as Master Chef at the Lotus Restaurant in Singapore, all agreed that the exposure and the experience was immeasurable.

Performances by all who represented the flavours of the Turks and Caicos were rated high, so was the favorite dish from #TeamTCI.

“The peas and grits was one of my favourites and the Asians they absolutely loved that!  To the where we had a guy, you know where we say ‘lick ya plate and lick ya spoon’ he was that close to doing that.  But that was the favorite dish along with the ox-tail and the (tropical) conch salad,” said Mrs. Cox.

A delegation representing the TCHTA, the TCI Tourist Board, the culinary community and the Caribbean Food and Wine Festival, which were sponsors of the expedition was greeted by media at the Providenciales International Airport on Monday. Returning home with the team, was its youngest member, TCI Community College student and former Lil Chef, Kevin Missick.

“This is great exposure for our national ambassador and also for the youths.  I think as we aspire as Turks and Caicos Islands to be the culinary capital of the Caribbean that it is important for us to take our youth to these international events so that we can showcase our local dishes and that they can see it and we can sustain our heritage and culture in our cuisine,” said Mary Lightbourne, Deputy Director of the TCI Tourist Board.

Murad Mahamad of the Caribbean Food and Wine Festival and Grace Bay Resorts is already touting another major impact in 2020; “We managed to take Turks and Caicos to Asia, to the world.  We are already talking about next year, how we can be bigger, better and you guys will have to wait and maybe join us next year.”

All members of TeamTCI were presented keepsake flatware from the World Gourmet Summit, which was held over weeks in April 2019 in Singapore; recognized as the food capital of their region.