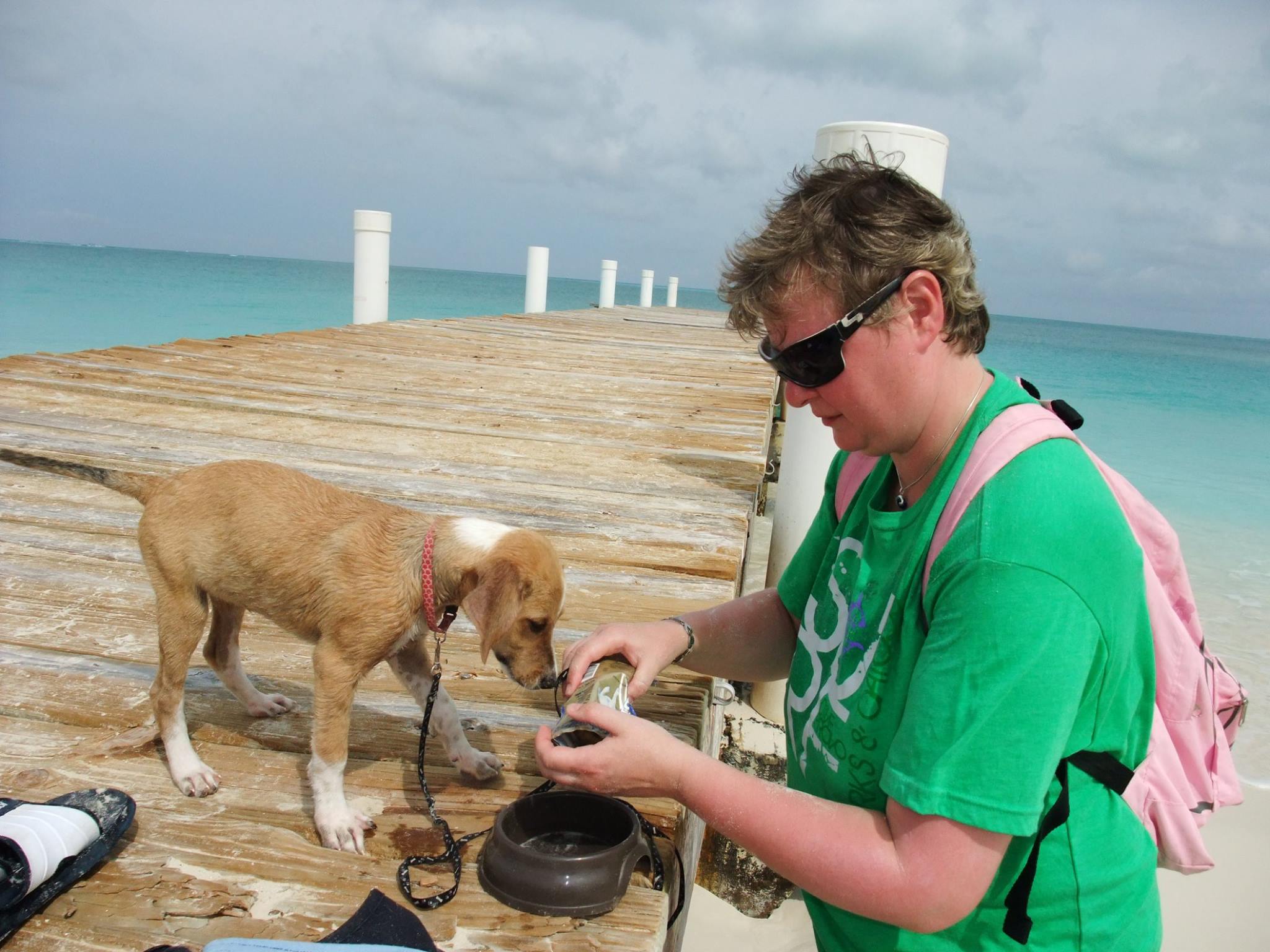 A regular tourist with one of the Potcake Place dogs.

The Providenciales-based charity run by Jane Parker-Rauw rehabilitates stray puppies. They also facilitate adoptions and have found homes for thousands of dogs both locally and internationally.

The organization is also a popular tourist attraction. Persons on vacation can assist with the rehabilitation by playing with dogs on the beach to help them become socialized.

Rauw told ABC that she noticed TCI had a stray dog problem when she moved here in 1997. The organization is operated by volunteers and funded through donations only. The organization was also a founding member of the TCI Animal Welfare Committee in 2013.