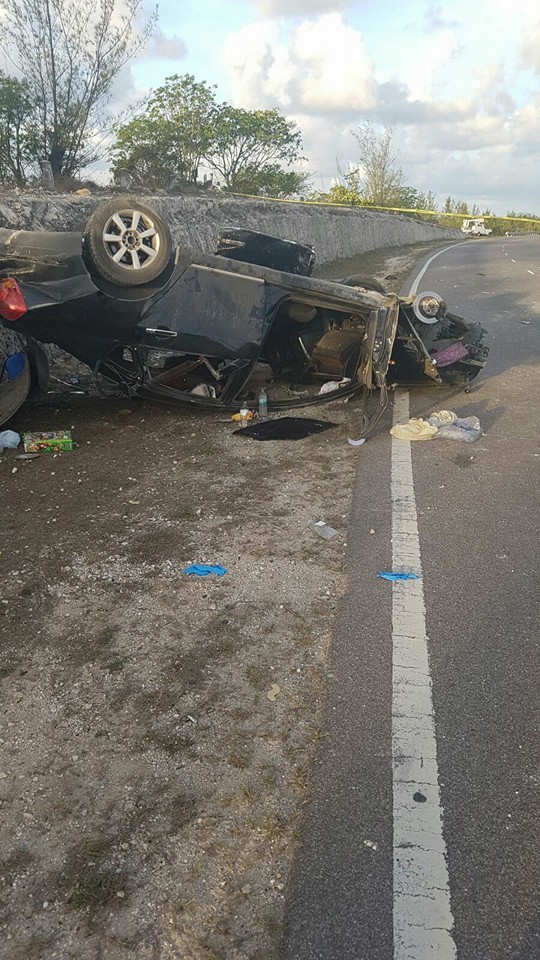 Bahamas, June 26th 2017: You have just got to buckle your children up or ensure that they are fastened securely into a car seat, else what happened to a mother on Saturday evening on John F Kennedy Drive could also happen to you.

The woman and mother in that Saturday evening collision is in serious condition, but her baby girl is dead.  Police say the child was fully ejected from the Nissan Teana after somehow the mother lost control of the vehicle, and the child, not strapped in by car seat or seat belt was thrown through the front windshield and pronounced dead on the scene.

ASP Craig Stubbs, Officer in Charge of the Traffic Division, who said:  “The car flipped over three times. We are still not sure how the accident happened. For some reason, the cars made an impact while travelling in the same direction, which caused the woman’s vehicle to flip over. It crossed the median and ended up on the eastbound lane, unfortunately the child died on the scene. We just want to encourage parents, if you are travelling with kids under the age of five, even if you are going a short distance to have them in a car seat or strapped in the back seat of the car. Failure to do this will result in what we saw on Saturday. So often we see parents driving with kids standing up in the vehicle or playing in the front seat, with no car seat or seat belt, but we are clamping down on these persons.”

The male driver of the gray Mazda, suffered no injuries.