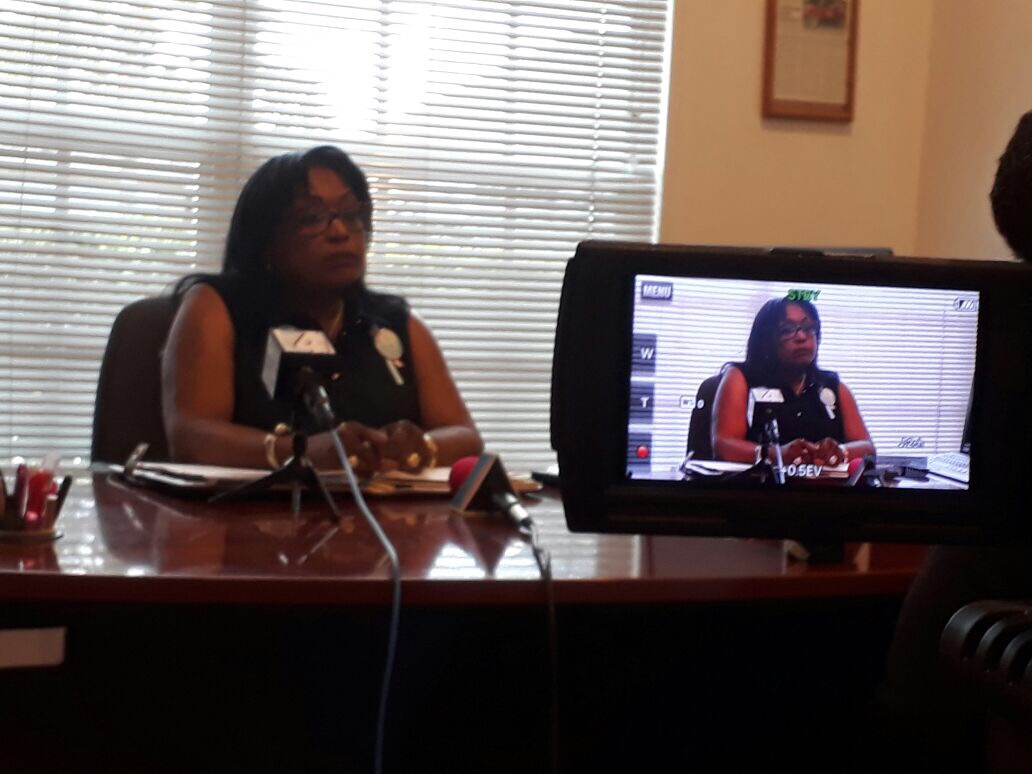 Turks and Caicos, June 26th 2017 – Providenciales – People who voted for Josephine Connolly are not satisfied with the answer given by Premier Sharlene Robinson on why she was terminated as the Minister of Education. Connolly on Friday held a press conference and in the room at her office in Tropicana Plaza were supporters expressing concern at how the revocation was done, including Football Association president, Sonia BienAime who felt satisfied with Mrs. Connolly’s work so far as Sports minister. BienAime said, “I’m talking about everything that you have done. If you are going to be given the opportunity to officially abreast Hon. Malcolm Evadne who the public has a right to know.”

The Premier on Tuesday said confidentiality statutes in both the PDM and the Cabinet are why she cannot detail her reason for revoking the ministerial portfolio of Connolly and while Connolly was also tight lipped about what happened at the NGC meeting of the People’s Democratic Movement a week ago today. However Connolly urged the Premier to reveal the evidence and that included any tapes or recordings of what may or may not have been offensively said about the Premier, saying, “If there are tapes out there, bring the tapes.”

We asked Mrs. Connolly again if she cussed out the Premier during the ordeal about relatives’ arguments on access to medical care abroad, she said no… again. “I did not cuss out the Premier. I am a professional and I understand the sensitivity of the situation at the hospital so nothing was said.”

Hon Connolly offered that she believes she was fired because the Premier has a personal problem with her, used her to win the General Election and picked on her and her Ministry during these first six months in office.  Connolly added, “There seemed to be a focus by the Premier on my Ministry that did not seem to apply to any other ministry. Every step was highlighted, every success ignored.”

Josephine Connolly said she remains on the PDM side, that she can work with her party and enjoys a good relationship with her other PDM colleagues.