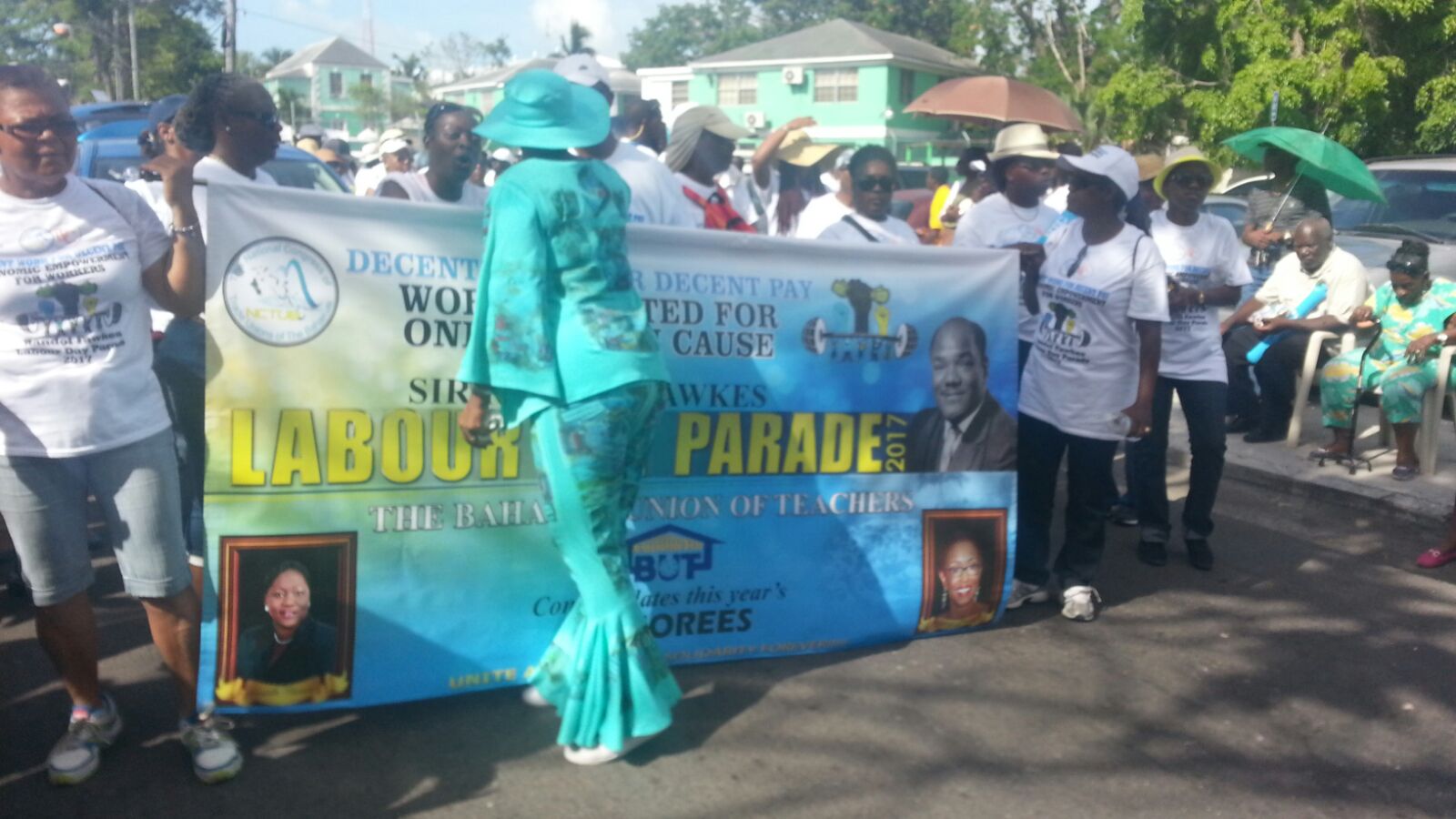 Bahamians, June 2, 2017 – Nassau – The week of May 28 – June 3 is being observed as Labour Week in The Bahamas, with the official Randol Fawkes Labour Day being celebrated on June 2.

As part of the holiday tradition, members of the labor unions from different organizations, as well as political parties and Bahamians will participate in the annual 2017 Sir Randol Fawkes Labour Day Parade that have started in Nassau this morning. Local bands and a few Junkanooers will lead the parades, providing lively music for the marchers and spectators. The parade will end at the Southern Recreation Grounds, where union leaders will deliver speeches.

National Labour Day in the Bahamas was established in 1961 by late Trade Unionist and Politician, Sir Randol Fawkes. In 2013, then Government Leader in the Senate, Attorney General and Minister of
Legal Affairs the Hon. Allyson Maynard Gibson introduced the renaming of the holiday to honour the man who fought for justice and safety of workers.