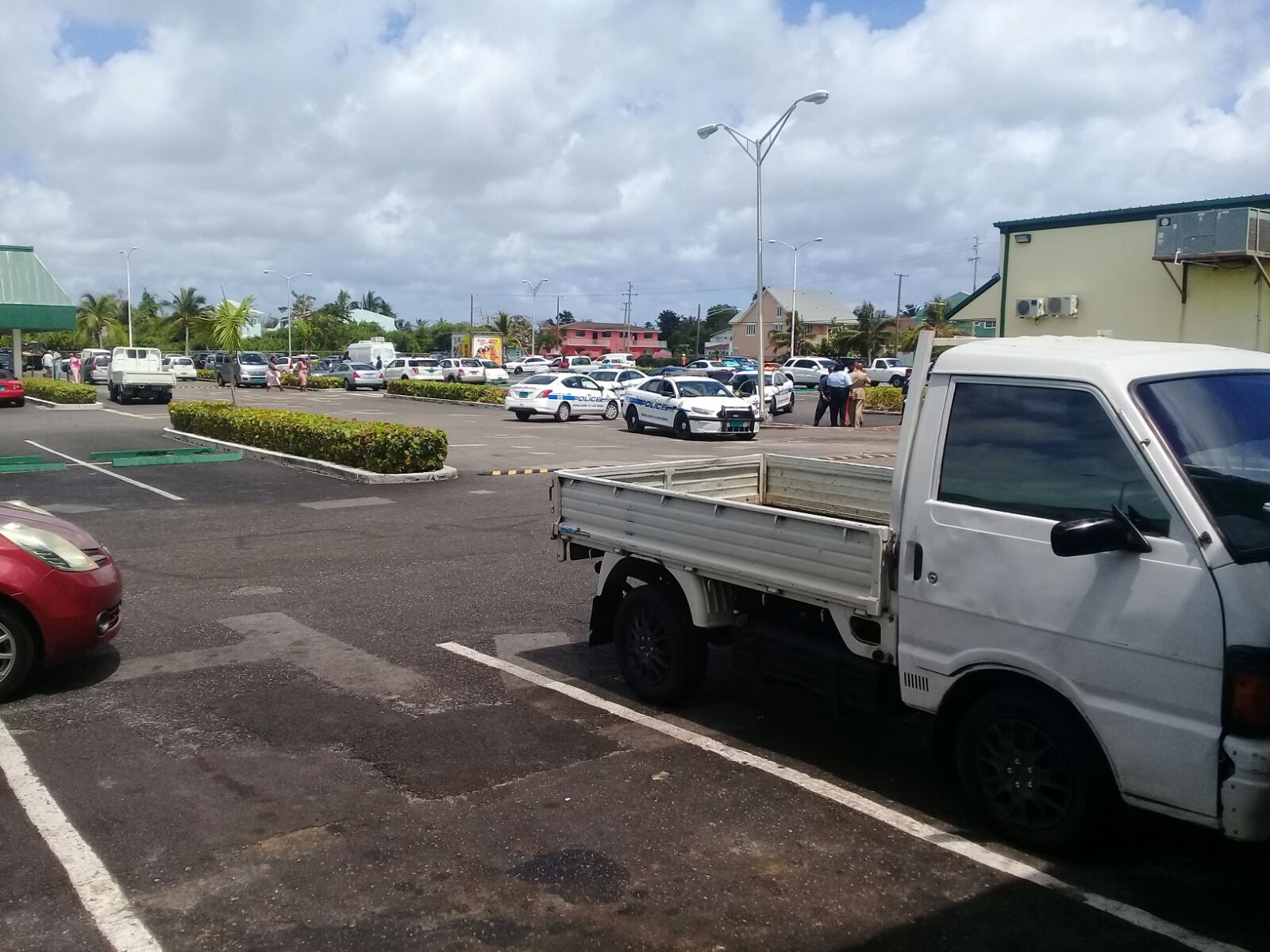 Bahamas, May 23, 2017 – Nassau – Police shot and killed a teenage boy suspected of robbing a pharmacy at Seagrapes Plaza, off Prince Charles Drive,  this morning.

According to reports, around 11am, the teen, along with three others, entered QVS Pharmacy and demanded merchandise.

Shortly after leaving the store, the group was approached by police and shots were exchanged. Officers apprehended two suspects at the scene but the fourth escaped in nearby bushes and is now being sought. The boys are all high school students.

Police also recovered a pistol from near the body of the deceased. Medicine packets spilled from a plastic bag were also found on the ground.