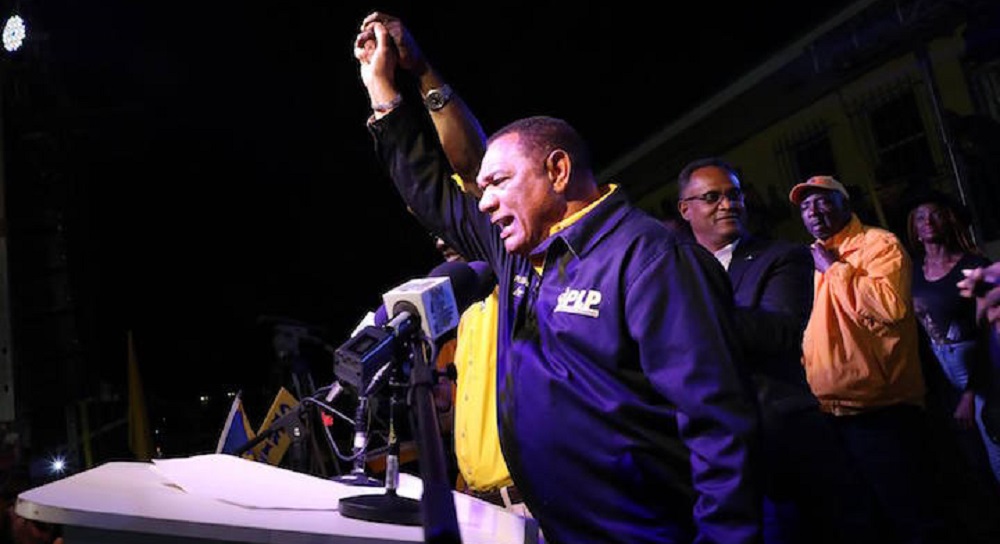 Bahamas, April 12, 2017 – Nassau -PLP government. Christie made the call during the general election date announcement. The election has been set for May 10.

Christie called on citizens to uphold the history of parliamentary democracy in the Bahamas. “You will make that momentous decision in what I earnestly hope and pray will be free and fair elections following a spirited but peaceful campaign. Let us contest the forthcoming elections with all the vigour at our command. Let us do so, however, with respect for the human dignity of our opponents and with respect for the traditions we all hold dear,” said Christie.

However, Christie’s call for peace comes following a week of protest and allegations of government neglect and politically motivated arrests. Last week, approximately 200 people marched to the PM’s office citing government inaction regarding landfill fires and opposition to the proposed Interception of Communications Bill as issues. Also last week, political activist Omar Archer was arrested on what some are calling trumped-up charges. Meanwhile, another political activist, Cay Mills’ bus was set on fire the morning of the announcement at his home. It is not clear whether the fire was related to Mills’ anti-government activism. Mills is an independent candidate for North Abaco. A recent Tribune 242 editorial called Christie an “emperor” and his government “hostile.”

No mention of these incidences were made by Christie, who said: “Let us by our conduct in the general election campaign that ofﬁcially starts today prove ourselves worthy of the great democratic traditions of free, fair and peaceful elections that have made our country the marvel of nations around the world. I have every conﬁdence that we shall.”