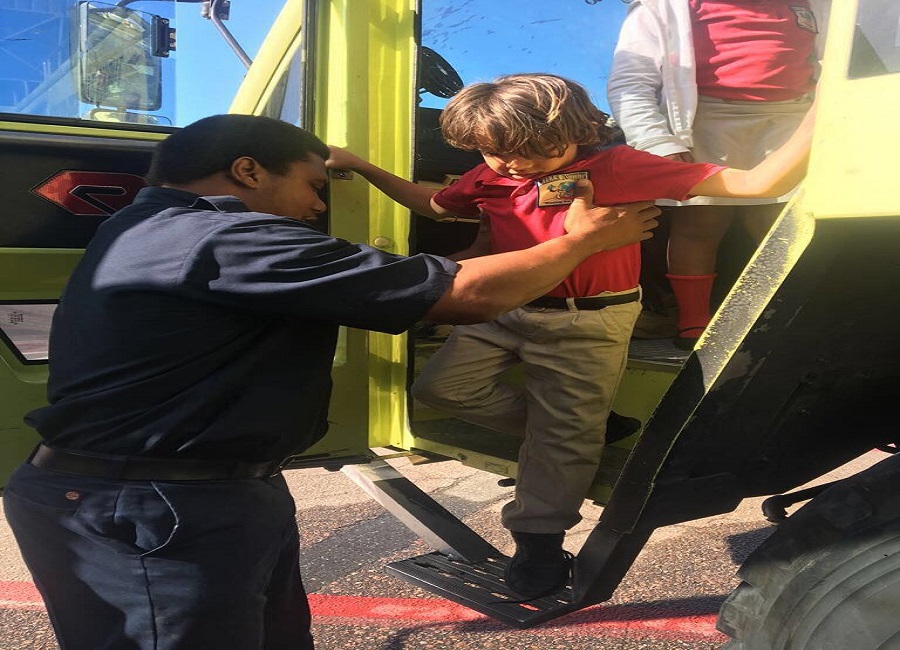 As a part of Education Week, teacher of grade 2, Mrs. Alexander wanted to take the students on a behind the scenes tour of the airport.   As children learn in many different ways it was important to arrange a tour that was not only educational, but also fun for the student.   The tour group consisted of 19 students and their chaperones who were guided by the Turks and Caicos Islands Airports Authority’s (TCIAA), Assistant Terminal Manager; Kelisa Forbes. 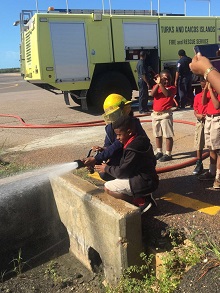 The students toured the Domestic Airport operations, from check-in to departures.   They were all escorted to the tarmac where they excitedly watched a local aircraft taxi to the runway and take off for their island destination.

The focus of the tour was to highlight the Fire Department.   The students were thrilled to see the firemen conduct their emergency drills.  They witnessed the alarm sound off, followed by firemen sliding down the pole then getting dressed in full suit to respond to a possible emergency.   Firemen gave a demonstration of their breathing apparatus and other tools.   No tour would be complete without the viewing of the fire trucks.   The fire trucks were driven to a testing site where water was sprayed to show their capabilities.   Students got to tour inside of the vehicles and even take pictures of this momentous occasion.

“My son and his classmates truly enjoyed the airport tour, especially visiting the firemen who proudly demonstrated their skills to the group.   I think that he may want to be a fireman one day as this outing really inspired him.” Said parent, Donneka Hall.  Team TCIAA have conducted many tours over the years to a number of schools and groups.   We are always proud to show others what we do and what we have accomplished over the years.