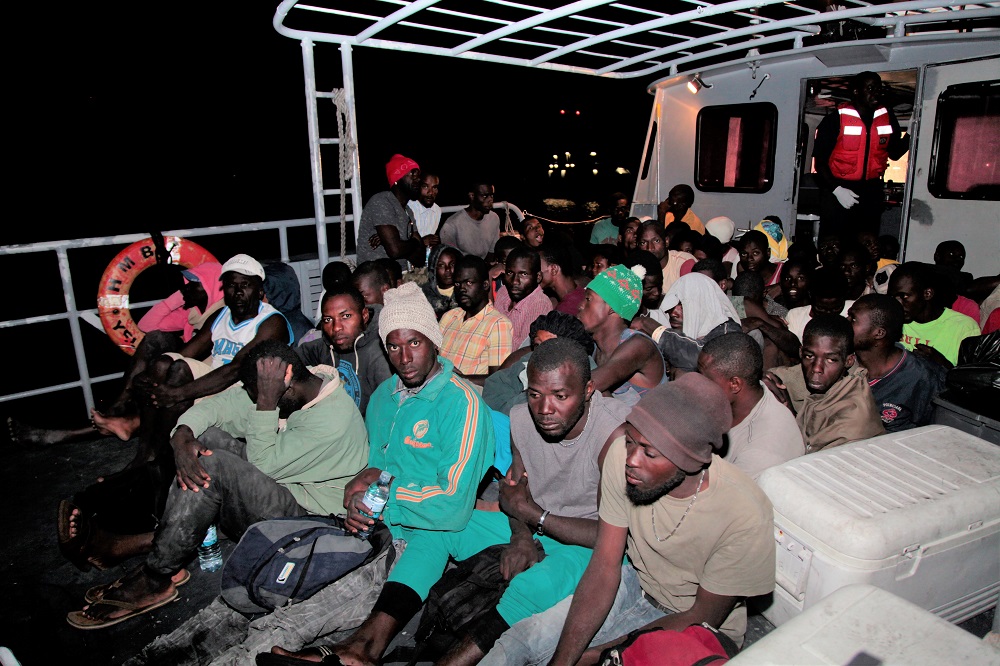 Bahamas, March 17, 2017 – Exuma – An interception by the Royal Bahamas Defense Force near Exuma has seen 63 Haitian migrants handed over to Immigration Officers where they are now detained in Carmichael Road at the Center.   It was last night, reported the Defense Force, while on routine patrol that P-49 intercepted the group north of Ship Channel Cay, which is in the northern end of the Exuma chain of islands.

Chief Petty Officer Ross Seymour had an uneventful apprehension of the 54 males and 9 females who were on board a wooden sloop.  A recent interview with Foreign Affairs and Immigration Minister, Fred Mitchell helped to shed light on why the flow of illegal migrants out of Haiti, at best, can only be intercepted and likely never stop.

“It’s a problem that can’t be stopped, it can only be managed, and the reason the problems exists is because the Bahamas and Turks and Caicos are relatively rich countries compared to a very poor country in the south and there is a demand for labour.”