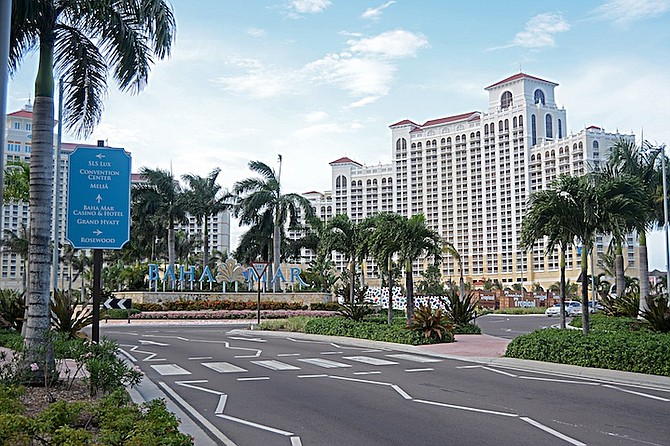 Bahamas, March 22, 2017 – Nassau – All go right now said Prime Minister Perry Christie at the handover of a temporary occupancy certificate to Baha Mar in Nassau on Tuesday.  The country’s leader thanked God and everyone who brought the government to the point of being able to say that it is all a go and a go right now.

Graeme Davis said they are making accelerated advancements at the site with the help of public works, China Construction America, Export-Import Bank of China, receivers and associates adding that Baha Mar is well on its way to having 1,500 employees by opening next month.  Already over 1,000 have been hired said Davis who admitted that the resort has still not taken any reservations despite touting an April 21, 2017 opening.

Davis explained there is no concern, that the marketing will begin soon and he shared Baha Mar is riding high on the pent up demand for them as the Caribbean’s newest luxury escape.  Mr. Christie said those who doubt the opening should feel terrible about that posture; citing that the hope and excitement on the faces of those hired to work at Baha Mar is reason to be happy.

There is a now a 30 day countdown said Davis to the soft opening of the resort, which also said to have not yet received the Casino license.