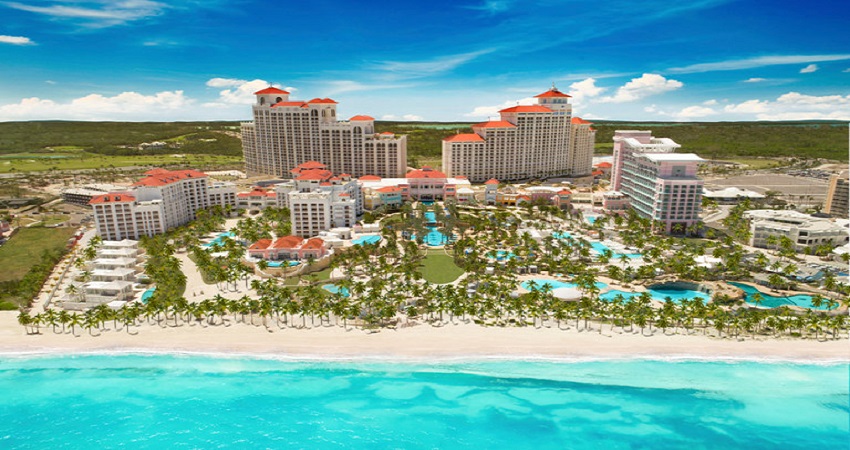 Bahamas, July 20, 2017 – Nassau – Baha Mar started accepting bookings on May 8th and now the resort is reportedly at 50% occupancy, and that is thanks in large part to the Commonwealth Youth Games where 1300 delegates are in country.   Baha Mar president Graham Davis was giving PM Dr Hubert Minnis a tour and an update and media was there.

In statements following the Tuesday tour, it was explained that 2100 Bahamians are working at Baha Mar and the figure is expected to soar to 4,000 by the end of the year with the opening of the SLS lux brand.   SLS is scheduled for opening late October, early November which is the start of a high long stay arrivals tourism season.

Davis said after 60 days of opening, the Baha Mar resort can boast of having $75M in bookings for definite and tentative stays and he described the staggered opening of the resort, on target.