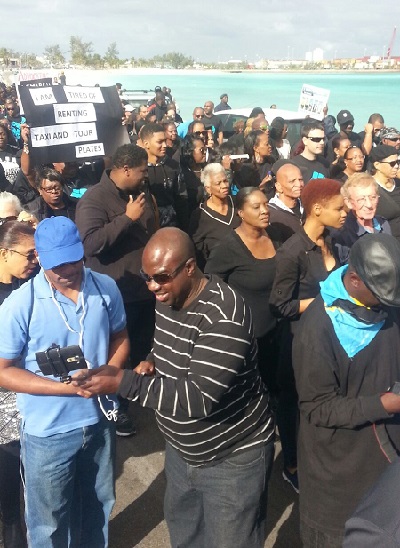 Nassau, Bahamas, February 10, 2017 – We March Bahamas has told media it plans to stage 12 more events before the General Election and that it plans to raise $120,000 for these initiatives.

The group has a Go Fund me Page and leader of We March, Renard Henfield said they are taking their message to the other islands of the country.  Henfield believes that raising awareness will end a cycle of mistakes and among the ways the group plans to educate the masses, is a brochure.   Henfield says they want to publish 100,000 detailed documents.
A debate in Abaco between the candidates is also being planned by the group which had its debut in November 2016 on Black Friday.
#MagneticMediaNews #WeMarchBahamas