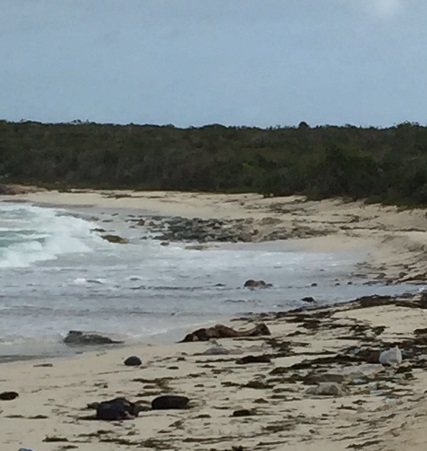 Providenciales, TCI, January 27, 2017 – The update is that fifteen bodies have now been recovered say Police following the capsizing of that illegal Haitian sloop on Tuesday; eight of the dead are females, seven are males.  Police are still hoping to capture some from the ship who made it to shore alive, there is one in custody.

A 23 year old male reported that there were 69 people on the boat which left Cape Rouge on Sunday; that man who was caught on shore is not suspected at this time of captaining the ill-fated voyage.   The bodies have been washing up on the northwestern side of Provo since Tuesday, when a winter storm in the area created dangerously high swells and helped in the crashing of the boat into the reef.