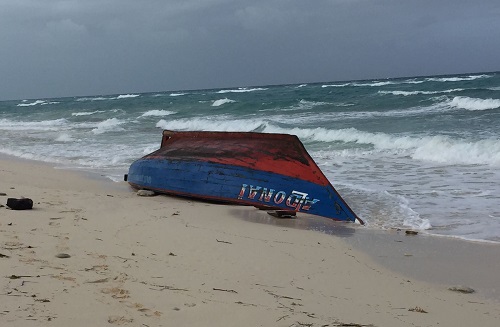 Providenciales, TCI, January 24, 2017 – Police and Immigration officials have their hands full right now as they are coping with drownings, the rescue and the capture of suspected Haitian migrants.  A wooden boat is seen crashed on shore; said to have capsized on the reef due to high surf and rough seas linked to a cold front moving in. 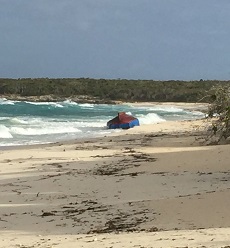 A report from the scene to Magnetic Media is that there is a vigorous on land chase of illegals who reportedly managed to swim ashore.  Grim reports also as there are said to be no survivors found among the bodies being pulled from the sea by Police search and rescue in this newest Haitian sloop tragedy.  Bodies were pulled out of the water but there is no count as yet.

Roads are blocked to the public and the situation is fluid, with information and circumstances changing by the second.