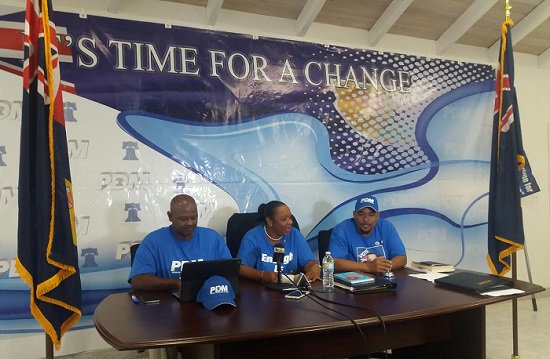 What the PDM today told media it is not happy about is infrastructural development, social development and educational development of these islands under the PNP Government.  “Single mothers under a People’s Democratic Movement government will receive real strong support, especially after school support for their children.  The elderly in Providenciales neglected by this government will receive hospice care on this island, taxi drivers and hospitality industry workers will get their fair share of the pie.  The youth’s that have been crying out for attention will be central, and in the weeks to come we will roll out a more detailed plan.  But it is the PDM’s plan, to ensure that we build a high performance sports centre, a creative arts center, in the furtherance in ensuring they are able to display their talents and creative abilities.” 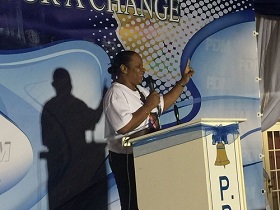 A variety of ideas were thrown out about how the PDM would run the country and what the party would do to improve life within the country.  “On a plan to support those who want to own homes, and will immediately address the challenges in the crown land ordinance, to ensure that our people are able to obtain crown land in a fair and dignified manner.  We will also present to the people of the Turks and Caicos our foreclosure and home ownership plan in detail.  The elderly, the special needs and physically challenged will no longer be ignored under a People’s Democratic Movement.”

To concerns about the common charge that the PDM is anti-foreigner, the party’s National Chairman, Douglas Parnell said it is baseless rhetoric.  “If you vote for the PDM, the PDM will send you home or the PDM will do this and the PDM will do that.  We are an inclusive party, okay, that’s why the name of our party is People’s Democratic Movement, but it has really over the last four years been the PNP government that has sought to hunt down and try and make the lives  unbearable of a lot of people, expatriates persons, living in this country.  They have increased fees, work permit fees, PRC fees, it has become very difficult for people who are here and want to live in this country, it has become very difficult for persons to find a way to live in this country legally.”

The party will on Friday present 15 candidates who will be led to the nomination centers with a crowd of supporters in tow.  Nomination Day is this coming Friday, November 18.