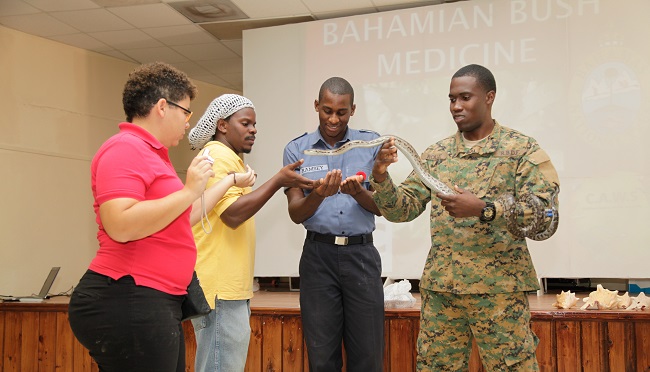 Coral Harbour Base, Bahamas, November 16, 2016 –  Some 15 members of the Royal Bahamas Defence Force are now better positioned to understand our small country’s natural resources after recently participating in a workshop that was conducted by members of the Bahamas National Trust this week.

The workshop, which took place at the Coral Harbour Base, highlighted indigenous plant and wildlife that are prevalent in the country.  Much attention was paid to endangered species such as the Iguana and Boa Constrictors.  Additionally, the domino effect that results from depletion of fishery resources were also highlighted.

As a result of the workshop, the Defence Force Marines are more knowledgeable about the endemic wildlife and their roles as individuals as well as within our organization in terms of preserving and conserving our natural resources in a sustainable manner. 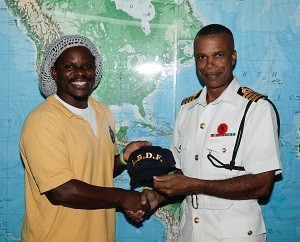