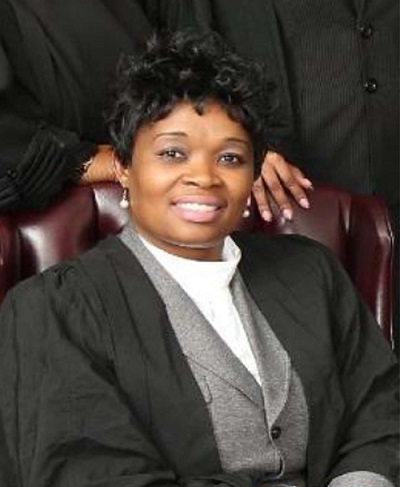 Providenciales, TCI, July 11, 2016 – A leadership seminar is how the acting Director of Public Prosecutions, Angela Brooks is working to reinvigorate her team and on Friday she not only held the session for her staff from Grand Turk and Provo but for others who support the office of the DPP.

“I also invited members from the Attorney General’s chambers, police officers, person’s from the Social Welfare department, and we also have members from the private sector as well because I think it’s very important to be encouraged.  And she’s giving a speech, it’s like a motivational speech, on encouragement and integrity and overcoming obstacles.” – DPP Angela Brooks

We spoke to Brooks, who was thrilled at the opportunity to host the Director of Public Prosecutions from Jamaica, Paula Llewellyn for a one day session where the interaction when we showed up was both rich and frank.

“Of course there was some division in the office in terms of staff and mixed feeling and all of that.  And I think that if you’re going to be a one office, one team and serving the public, we have to give a presentation of being one.  And I think that it was just appropriate at this juncture, that I can bring someone in to talk to us about teamwork and integrity, and seeing the positives about working together.”- DPP Angela Brooks

It has been a tumultuous time in the Office of the DPP, what with the loss of senior public prosecutor Samantha Williams-Glinton and the upheaval created with the now gone former DPP, John Masters who abruptly left office after investigations by the Integrity Commission pointed to misconduct.