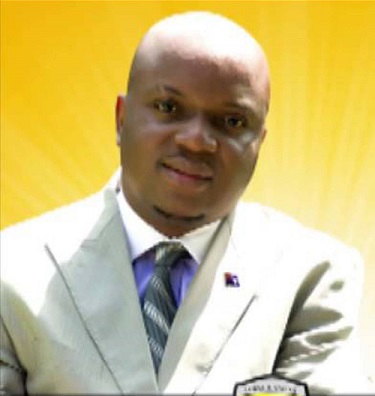 Providenciales, TCI, July 11, 2016 – Dameko Dean has won the first PNP Primary and will be the candidate on the Progressive National Party ticket for the Wheeland constituency.  Dean, who yesterday told us that he had been working at the opportunity to cinch this bid for months was thankful and says he will roll out a different kind of campaign.  “I’m going to be bringing a cutting edge way of campaigning.  I would refer to myself as a cutting edge candidate, and so it’s not gonna be the usual everyday campaign, and I want to put the PDM on guard, and the PDA.”

Dameko Dean is new to the front line political arena and said he believes his simple and sincere message moved the voters to select him over Elry Lightbourne; the two shook hands once the results were announced.  “He congratulated me and I wished him all the best, it hurt my heart that my mom’s best friend son was my opponent, his mom is my mom’s best friend, and sometimes those things get a bit emotional but i guess it’s democracy.”

Do you think you have a shot at being the next Member of Parliament for Wheeland was the question, Dean said yes he does.  “I think my chances are great, I think that I was called for a time such as this.  I’m going to be a change agent, like is said, i’m going to bring true representation to representation.”

Dameko Dean is an entrepreneur who hails from Blue Hills and secured 74 of 106 votes cast at Progressive house last night between 6 and 8 p.m.  Today the party moves into Middle and North Caicos where the choice is between attorney businessman of F Chambers law firm, Mark Fulford and hotel executive at Parrot Cay, Tueton Williams.