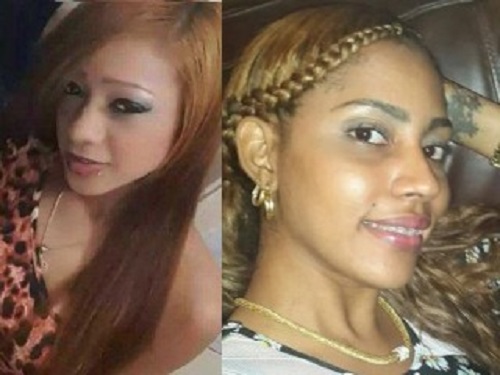 Providenciales, TCI, July 15, 2016 – Bombshell dropped  when Commissioner of Police, James Smith said there is possibly connection between the Arias and Veras murders, who today addressed media on this heinous crime which continues to shock the country.  There is appall for the images which were posted on social media and though they are striking and compelling, the Commissioner refused to divulge the condition of the 26 year old’s body which was late yesterday found by one of the search teams organized by her compatriots.

“We see some clear links, but it’s too early for us to say that there is evidence to connect to the two.  That will be the subject of a detailed and clinical forensic examination by Mr. Snow, Mr. Baptiste and their crew.” – CP James Smith

Media today for the first time officially, heard from investigative specialist from the UK, ASP Stephen Snow, who said Police do not want to speculate; we asked how Arias was killed and if she was sexually assaulted.

“The autopsy hasn’t been completed, or in fact carried out, so therefor i’m not in a position to say how she died, it will be pure speculation to say how she died at this time.  We are working closely with the pathologist that who provides support to this island, and we are indeed trying to get the pathologist on the island as soon as possible.  From my prospective and Mr. Baptiste’s prospective it’s a priority.”  When asked if he believes that she was sexually violated, his response was, “I cannot say, we don’t know.” – ASP Stephen Snow

They will aim to work expeditiously on the body so that Arias’ family can have her as soon as possible and police were not prepared to agree that we are dealing with a targeted move against Dominican women, nor were they prepared to agree with the description of a serial killer; but they did approve thoughts that the murderer is vile.  “It’s very difficult to categorize the type of individual without having a profile done by an expert, which is one of the areas of course that we’re investigating, but I think it doesn’t take too much to say that this is a very violent individual, a dangerous individual, and I would reiterate what Mr. Snow said, somebody knows the identity of that person.” – CP James Smith

Sorineida’s body was found off the main North West Point road and ASP Snow shared how they scoured the zone for evidence.

“Again around the area of the body, there was a detailed forensic examination, there has to be a detailed examination looking for evidence that may have been left by the offender or offenders at the scene.”– ASP Stephen Snow

As for that Blue Nissan March which was mentioned in a press conference yesterday as picking up the young woman from her home in Five Cays around 4am on July 10; it may not be a killer who was driving it and officer Snow made an appeal for the person to talk to police or crime stoppers as they want clues, they want to close this case and catch the murderer who remains at large.

“If that person is not involved in the disappearance or the murder of Sindy, I want them to come forward.”– ASP Stephen Snow