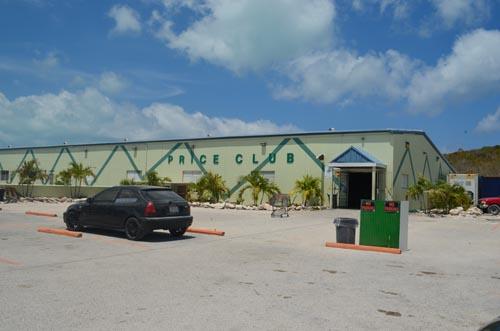 Providenciales, TCI, August 23,2016 – The conciliation process at the Labour Department for the still protesting ex-employees of the now closed Price Club was a bust.

Magnetic Media learned that Gus Karagianis did not show up for the sessions with the Commissioner of the Employment Services of TCIG and it has left nearly 20 men destitute.  In a follow up yesterday on the matter, which began three weeks ago and which continues to spawn demonstrations at the parking area of the now, Payless Grocery store, Magnetic Media learned that there have been 14 cases filed at the Labour Tribunal and that 11 of the Haitian men, who worked as long as 18 years at Price Club but were let go without severance pay, have hired attorney Peter McKnight.

Gus could be facing a whopping payout if the men win their case.  The plaintiffs showed us the letter they received on July 17, 2016 to say the store was suffering too much loss and was unable to compete in the current market; the letter told them the company would not rebound and will open for the final time on Sunday August 7, 2016.

The problem here is, by law, there should be a two month notice and because there was not, the men are owed that two months of salary. Add to this, the Employment Ordinance 2014 explains that the plaintiffs are supposed to be paid two weeks for every year once they had been employed at Price Club for two years.

One man showed us what the Labour Department calculated as owing to him; it was over $16,000 and he had only been employed since 2011… the staff who were on for 18 years will be entitled to far more.

Again, the case is now with the Labour Tribunal.