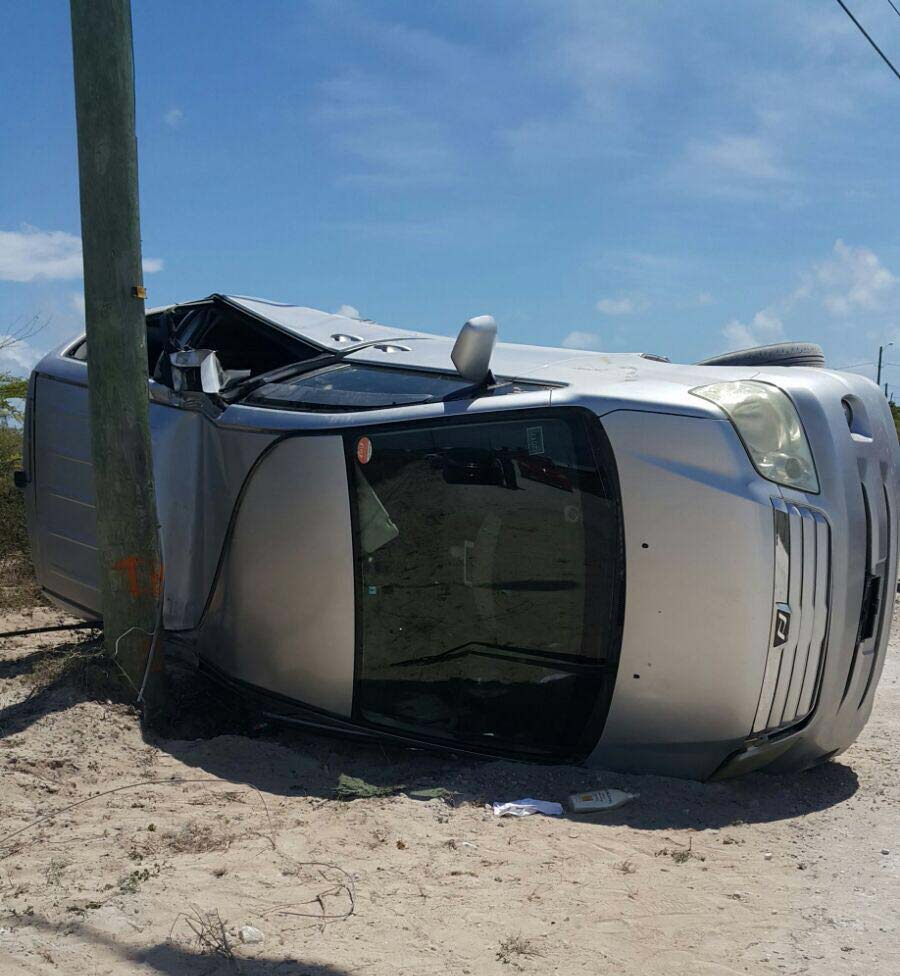 Grand Turk, TCI, September 9, 2016 – From Press Liaison Kevin Clarke:  “Three male college students were involved in a one vehicle accident around 12pm today in Grand Turk.  The driver reported that he lost control of the vehicle and it came to a stop after gitting a pole on Lighthouse Road.  Two were taken to the hospital and the other refuse medical treatment stating that he is fine.  The two are said to be in stable condition”

Related Items:2 men taken to hospital after vehicle they were in overturned, 3 college students get in accident on Lighthouse Road, truck overturned in Grand Turk