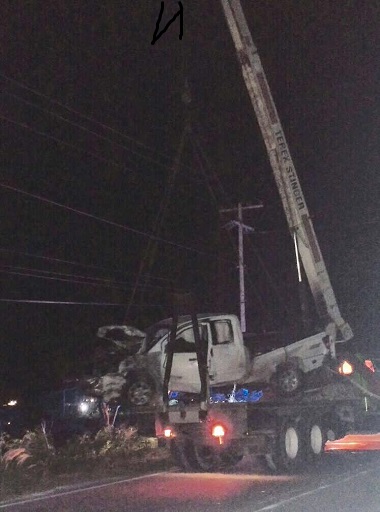 Providenciales, TCI, September 9, 2016 – A man and a woman were killed on the streets of Provo last night in a collision on South Dock Road.

Police report: An accident occurred last night around 11:12pm in the vicinity of Butterfield Concrete on South Dock Road involving a truck and a scooter causing the death of two persons (a male and a female).  A male was arrested on suspicion of causing death by dangerous driving.