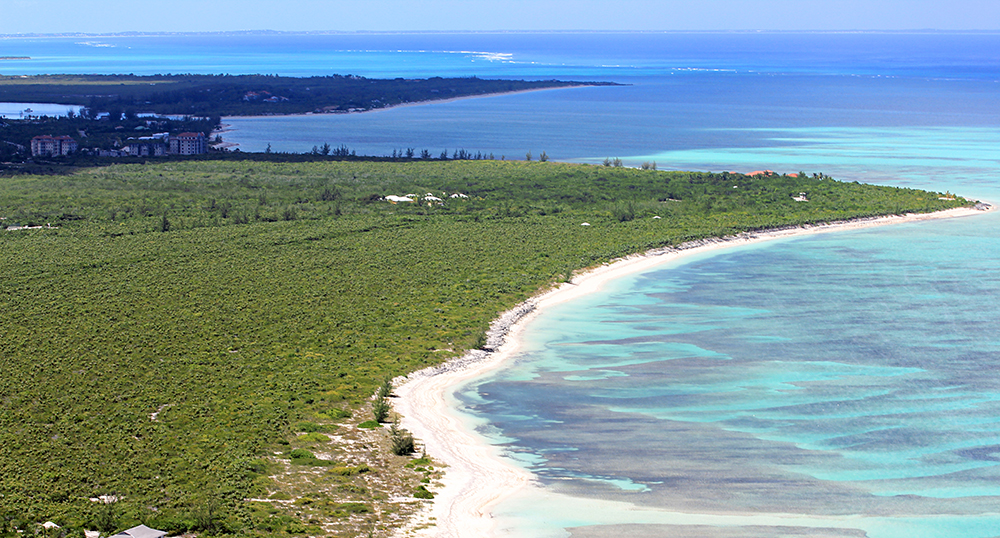 Providenciales, TCI, July 29, 2016 – It was a true tear jerker Thursday when a North Caicos family proved that it tells a beautiful story when islanders pull together to fulfill a dream.  The Higgs Family, which is one of the prime investors in North Caicos yesterday announced that in honor of their founding fathers, they would open a hotel and call it Silver Bay Resort and Promanade.  Pastor Lewis Walkin, a part of the lineage roused the audience in support of the investment of Core Resources.

“We’ve finally found somebody in North Caicos, who put their money where their mouth is.  I’m also happy because we know that action speaks louder than words.  I don’t have to  say much more, but I just want North Caicos to know that this project will benefit the people of North and Middle Caicos.”

Featuring Bottle Creek facing rooms, outdoor upstairs deck, pool, marina, promenade and twelve suites, Ralph Higgs CEO and Chairman of Core Resources was moved to tears as he expressed that he wished his parents were around to witness some of the strides of the company and announced that he is a man of the soil who has for nearly 40 years believed that this day was bound to come.  “It will create employment for the people of North and Middle Caicos obviously, it will create business opportunities because in the complex once it’s completed, we’ll have opportunities for persons who want to pursue small business.  They can come because we don’t want to run water sports operations, we don’t want to run art and craft spaces that we’re gonna have in the hotel.  There will be other opportunities for persons, people from the community to get involved in small business.  We’ll do that for you, I promise.”

Higgs thanked long time confidants and businesses and relatives which supported and now again support this newest Core Resources project, among them CIBC First Caribbean; its country manager Larry Lawrence was there and spoke highly of the business prowess of Higgs and Core,   “and your growth has not been over night, it has been over time.  And that makes a difference because success is not normally over night, it takes time.  So I certainly welcome you to continue that model and this is just your latest venture, and if the past is any indication of what’s in the future, this also will be a success.  I almost  don’t see or hear from Ralph because somebody who competently adjusts Ralph meets on a daily basis, and she’s here with me today, Karen.”

Songs, poetry and an unveiling of the design… a moment of silence led by Tourism Minister Hon Porsha Smith, who wished the family well; she remembered former business partner and big brother to Ralph Higgs, the late Conrad Higgs.   “It is indeed a pleasure for me to be here with you this morning on this significant day for the people of North Caicos and the Turks and Caicos Islands, to celebrate the groundbreaking of  yet another remarkable initiative here on this beautiful island of North Caicos.  The Turks and Caicos islands have truly come a long way in the development of tourism.”

Construction will not take place right away, though the ground is partially cleared, and created on it is a beeline to the coastal view of what will soon be Silver Bay Hotel view.  Mr. Higgs, who is due to announce another big move in North Caicos very soon, said there is a process which also means residents will get to say if they do not want the project.  Ralph Higgs encouraged openness and explanation and assured that if not for the regulated procedures, Core Resources would  be ready to build tomorrow.  Construction is projected to begin in three to six months.  Silver Bay will be located in Windsor, Bottle Creek next door to their fuel station.