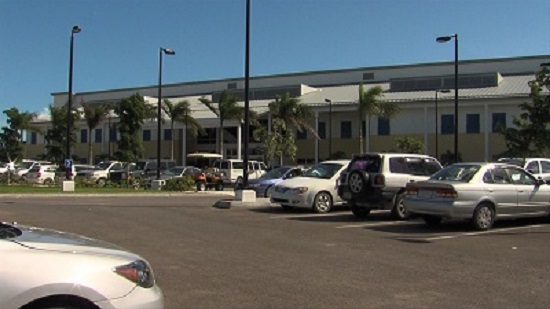 Providenciales, TCI, July 28, 2016 – TCI Hospitals has claimed in a media statement issued late on Wednesday, the report on the family’s account of their missing baby is grossly inaccurate and sensationalized.  InterHealth Canada issued a press release, saying in it, that the incident ‘allegedly’ happened and defended itself with:  “We wish to vehemently dispel any allegation of a fetus being misplaced by staff of CHMC.  Our hospital staff is always committed to providing compassionate care, especially during times of distress and as always, our condolence is extended to the patient involved.  We have no further comment.“

Despite the TCI Hospitals attempt to distance themselves from the terrible ordeal and make our report appear baseless, Magnetic Media stands 100% behind our report and so does the family who shared their experience.  While Ministry of Health and the InterHealth Canada Hospitals wrangle over which of their entities is at fault when the miscarried ‘premie’ went missing; the family is more upset that the incident happened at all.  Independent investigations are being carried out by MOHHS and IHC to come up with what went wrong; but that work does not change the fact that a dead child was lost for 18 hours and found in the garbage, family was told this by a responsible MOHHS official.

Did the ambulance staff which is under TCIG lose the child or did TCI Hospitals staff lose the child; that is what is to be determined we understand.  But a deceased fetus was lost. The ambulance team is said to have left the child at the hospital but reportedly did not tell the Cheshire Hall emergency team that they did so.  However, Magnetic Media expressed to InterHealth Canada that it is still unimaginable that their doctors and nurses would tend to a woman who miscarried her baby at home and never, at any point ask where is the child.  For reasons including ensuring the baby was deceased and ensuring there was no apparent foul play, it is still odd that IHC did not seek after the fetus.

Magnetic Media’s position is this, we agree that it is gross, but not grossly inaccurate.  We also agree that the report is sensational but not sensationalized by us. The family is equally incensed by the comments of InterHealth Canada and is now seeking legal advice.

Related Items:fetus found in trash after being missing for 18 hours, fetus goes missing at hospital, IHC says media report is inaccurate and sensationalized