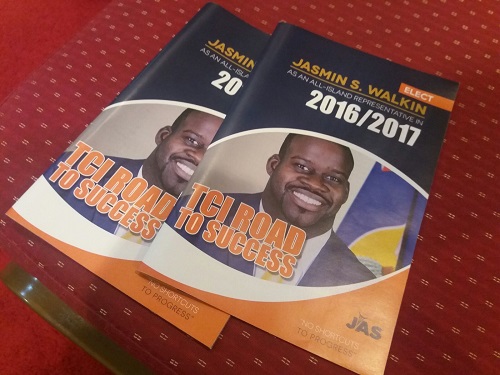 Providenciales, TCI, September 29, 2016 – Earlier today on the country’s 40th anniversary of historic electoral change, Jasmin S. Walkin says that he is reporting for duty as an independent candidate in the upcoming General Elections. 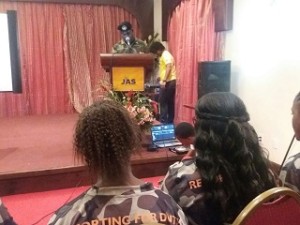 Under the banner and with the acronym JAS for Just Another Soldier, the North Caicos native makes the announcement at Occassions Ball Room at Airport Hotel.  The room is with media and a healthy audience, some clad in army fatigues with the ‘reporting for duty’ slogan emblazed upon them.
Jas is hailed as an overcomer, and today also released a detailed manifesto called, ‘TCI Road to Success’ which explains why he will leave the classroom to offer and what he sees as true visionary necessities for a modern TCI.  At the onset, Jas held a moment of silence for Conrad Howell, Clement Howell and National Hero Rt. Excellent JAGS McCartney.
Jas says “no more shortcuts.”