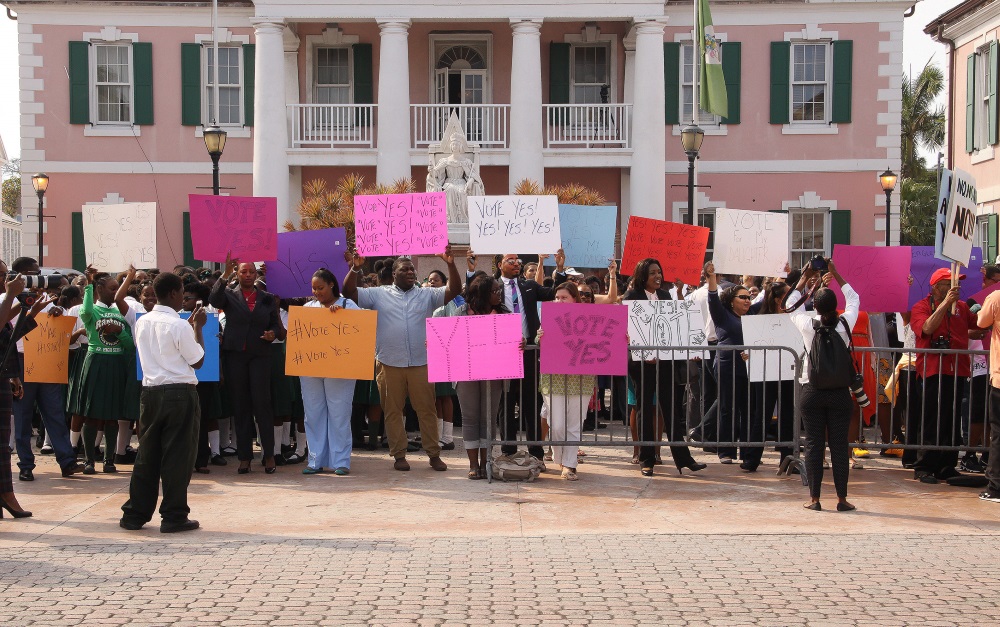 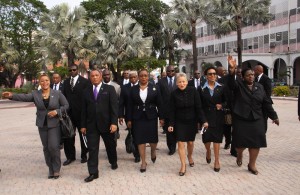 Nassau, 07 Mar 2016 – History was made in The Bahamas today, Wednesday 2nd March, as Parliament passed four amendments to the country’s 1973 independence constitution, effectively removing the remaining vestiges of discrimination against all Bahamians from the country’s Supreme Law.

On hand for the vote were 37 of 38 parliamentarians as the Honourable member for Saint Anne’s Hubert Chipman remains ill.

A short description of the bills and the results of the parliamentary vote are as follow:

Bill #4
This bill seeks to eliminate gender discrimination by inserting the word “sex” into article 26 of the constitution to make it unconstitutional to discriminate against anyone on the basis of them being male or female. The results of the vote were 34 yes, 2 no, 1 abstain and 1 absent. Marco City MP Greg Moss and Bamboo Town MP Renward Wells both voted no while Central Grand Bahama MP Neko Grant abstained.

Mr. Moss suggested that if passed into law, amendment four could open the door to same sex marriage, but Marathon MP Jerome Fitzgerald rebutted, explaining that under the Bahamas’ constitution that was not possible. Mr. Fitzgerald pointed out that the Bahamas constitution defines marriage as a union between a man and a woman and that the sex of an individual is determined at birth by their genetic (or chromosomal) makeup. He also cautioned House members not to confuse “sex” with “sexual orientation” as they are entirely different.

A fifth bill that addresses paternity provisions was also passed.

In his closing remarks after the passage of the bills, Prime Minister Christie rose to his feet to commend House members for their vote and to underscore the historic significance of the occasion within the context of the rights of women to vote, a franchise granted to them in 1962, more than one half century ago.

“It has been more than fifty-three years since our women won the right to vote but they still do not have constitutional protection against discrimination based on their sex. This must be seen as abhorrent to our fundamental values. It is therefore a moral imperative of the first magnitude that we seize the opportunity to usher in a new era in our civilization – an era that will proceed on the righteous and unassailable premise that we are all equal before the law irrespective of whether we are male or female and that as what is good for one is good for the other without distinction.”

In the end, the entire constitutional reform exercise was about full equality, nothing more and nothing less argued Mr. Christie.

“At its core” continued the Prime Minister, “it is for me to say that this is what the present constitutional exercise is all about – nothing less and nothing more. Let there be full equality.”