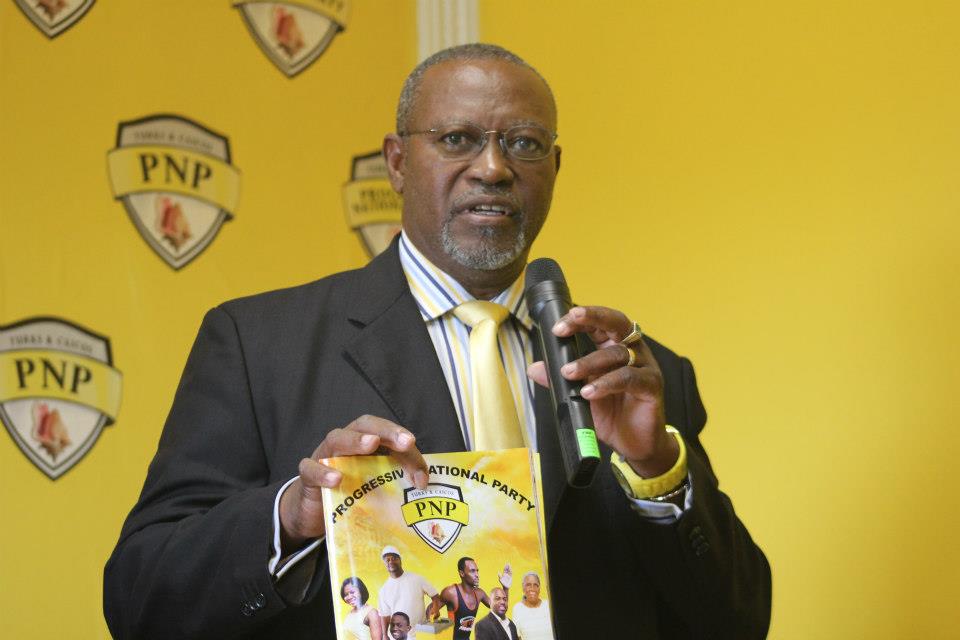 Providenciales, 22 Feb 2016 – The announcement to possibly run for North and Middle Caicos Electoral District by the former premier did overshadow news coming out of the PNP National Convention held on the weekend.

The voting on Friday night proved to be a straight forward event held at the Tropicana Show and Supper Club; it saw Rufus Ewing kept on as the party’s leader and it saw Carlos Simons, re-appointed by Mr. Ewing to be his deputy.

The National Chairman is new though and a new type of personality too; Royal Robinson, the former MP for North Caicos West and former Health Minister in the PNP Administration of 2009 is a vociferous and bold man and to Magnetic Media said he will maintain that reputation. No one challenged Robinson for this position, despite an interests in the job being expressed by the ex Premier Mike Misick.

Mr. Robinson told us: “Experience, drive determination and an ability to get things done” is why he believes the over 200 delegates elected him to the job.