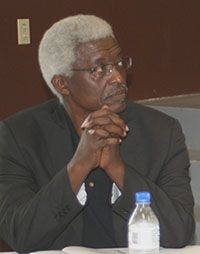 Providenciales, 18 Jan 2016 – In an exclusive interview, Dr. Edward Smith of the People Progressive Party revealed to Magnetic Media that his party is essentially, dead.

“Well I will be honest with you, the PPP party at this time, it is basically defunct. And specifically the reason why, the PPP party was intended to represent all, that means Turks and Caicos Islanders, Haitians, Americans, Bahamians you name it but somehow along the way, the leadership has lost its way.”

Smith said he is being courted by two of the three political parties; and while he refrained from saying who he is leaning more toward when it comes to possibly running in the 2016 General Elections, he made it clear that it is not the governing PNP.