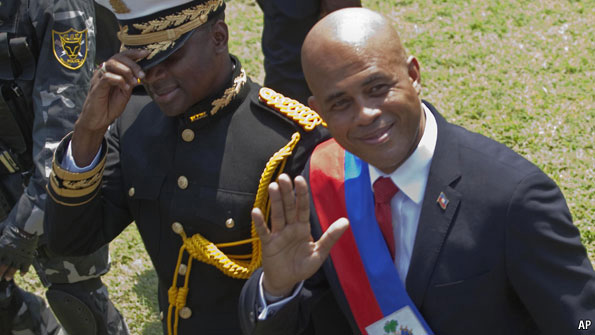 Providenciales, 08 Feb 2016 – Michel Martelly is no longer the President of Haiti; in fact when he demitted office yesterday in Port Au Prince, there was no one to take over the position because of a postponement of a run-off election last month.

Even Haiti’s Carnival is affected by the lack of a chosen new political leader for the nation; Sunday festivities had been cancelled.

Martelly, who took office as new President of Haiti in May 2011 said in a 20-minute national address delivered just before his departure from office, that he could testify in the ‘court of history’ that he worked tirelessly to create a new Haiti.

A short term provisional government was staffed one day before Martelly left office.