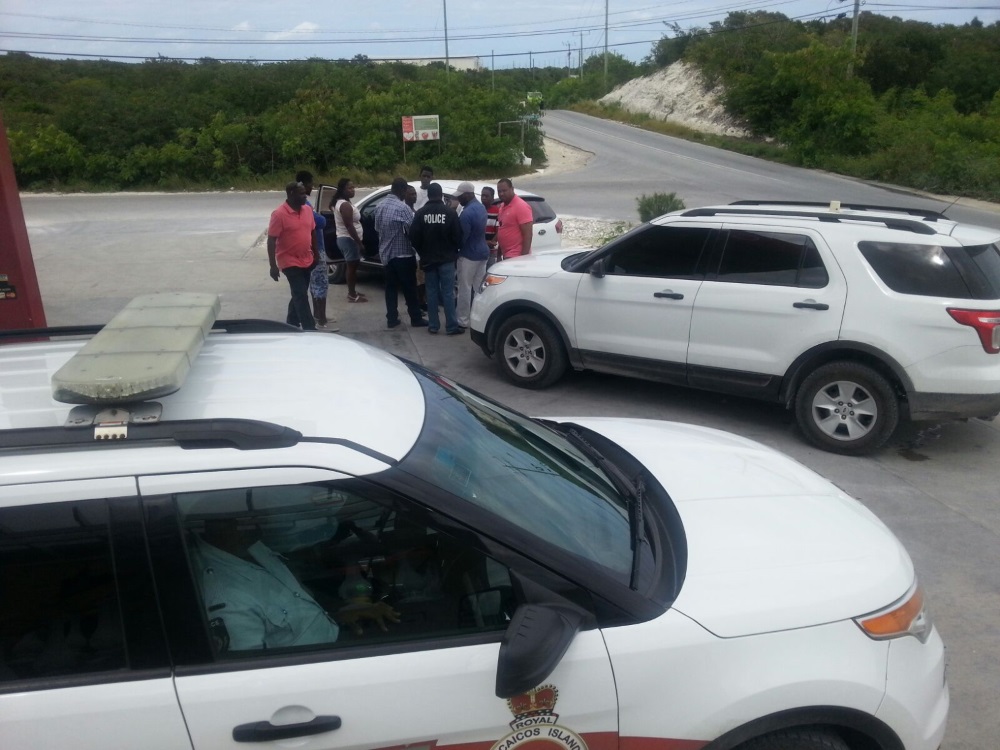 Providenciales, 12 Feb 2016 – Magnetic Media was today called to the scene of an apparent Police stop and search where three young men were subdued by officers.

The mother of the 17 year old, was enraged and told MM the police suspected that a wanted man was in the vehicle, herjeep and stopped them. The three were taken from the jeep and made to lay on the ground at Grant’s Gas Station on Millennium Hwy.

When we arrived the trio was cuffed and face down on the ground; as many as five Police vehicles, nearly a dozen umiformed and plain clothed Police and the Commissioner were at the scene.

The vehicle was reportedly searched and no wanted man or nothing illegal was found and the three were let go at the site.

You could hear the woman arguing with Police, they were unable to answer her questions about the stop and search. There was no resistance from the three males.

The mother and owner of the jeep said officers searched in areas of her vehicle which were beyond the scope of hunting down a person.

“Why were they all up in my wallet? Why did they take all my stuff out and have it all over the ground? I am tired of being harassed. These boys only came to the gas station to get motor oil.”

The woman admits she is related to a suspect; but she said she has never been told what specifically is the crime Police want him for.

Police did not reply to our questions about what was happening and advised MM to stop filming.

All of this was unravelling in full view of the passing public at the junction to Millennium Heights, Phase II where the men live.

The men under suspision were released and the crowd of Police dispersed soon after we arrived.