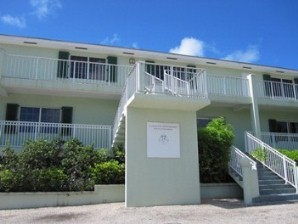 Providenciales, 23 Feb 2016 – Police today reveal that Clyde Scottie Glinton did not fight the charge of stealing from the Customs Department between November 2011 and January 2012.

Glinton entered a guilty plea at Supreme Court in Provo.

Over the three months, Scottie Glinton, once a senior Customs Officer at the Provo International Airport, took money which should have gone from the PIA to Customs Central Unit and pocketed it.

Glinton was on Monday (Feb 22)fined $25,000 and sentenced to three years in jail; the jail time is conditional so he will not serve the time but could if he finds himself in trouble with the law again.

Clyde ‘Scottie’ Glinton has 90 days to pay the fine, else be imprisoned for 12 months.

Generally, this is a fortunate break for the public officer who was arrested in connection to the theft in September 2013.