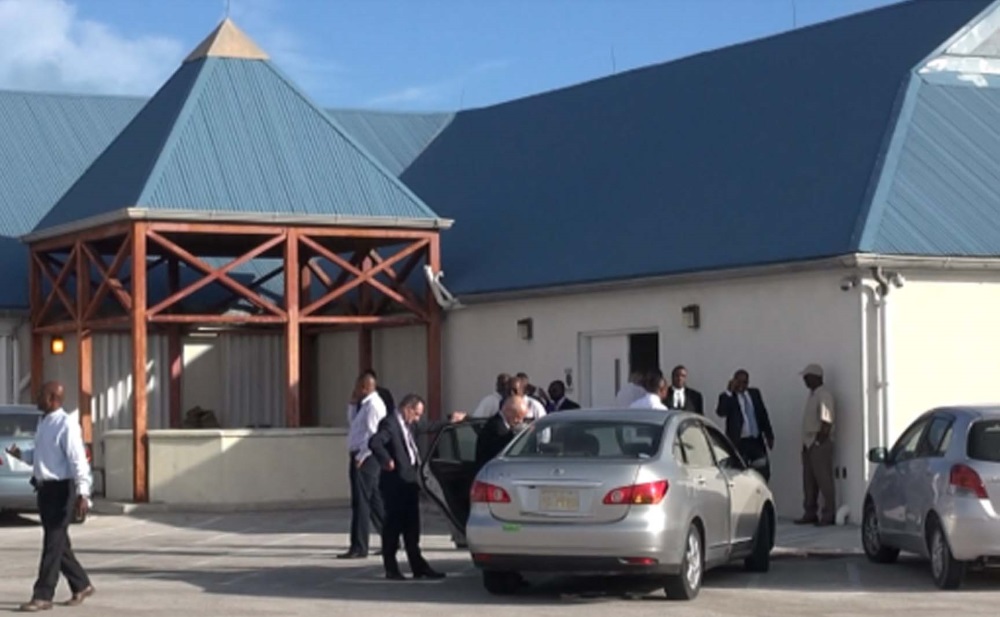 Providenciales, 08 Dec 2015 – When the court of Justice Paul Harrison took a break shortly after noon today, it was hard to tell if there would be a significant delay to the trials of the nine former government ministers and their relatives on charges of alleged corruption.

Already the arguments on a number of points which were deemed unfair to the defendants were being raised including how evidence was laid out on the iPads provided to each team; the changes of the witness list and the fact that the most recent copy was not made immediately available by the SIPT and the layout of the courtroom which made no provision for the defendants to be seated with their legal teams; at least not easily.

On the seating arrangements, Justice Harrison agreed to allow the defendants to move from the tiny jury box to their legal team which includes in each case, a Queen’s Counsel, junior counsel and local instructing attorney. There is likely as many as thirty lawyers in the transformed Myrtle Rigby Health Complex, which even Justice Harrison said was poorly designed.

There was a brief training to start the day just before 10am; and from QC, Earl Whitter who is representing former Deputy Premier, Floyd Hall there was objection to the fact that witness statements are provided on those court issued iPads.

Whitter called it an ‘intolerable burden’ and a ‘risk on the court’s fair position’ as it relates to that information being provided to the Justice in advance of the case unfurling.

Whitter said there is a strong possibility the trial would be contaminated.