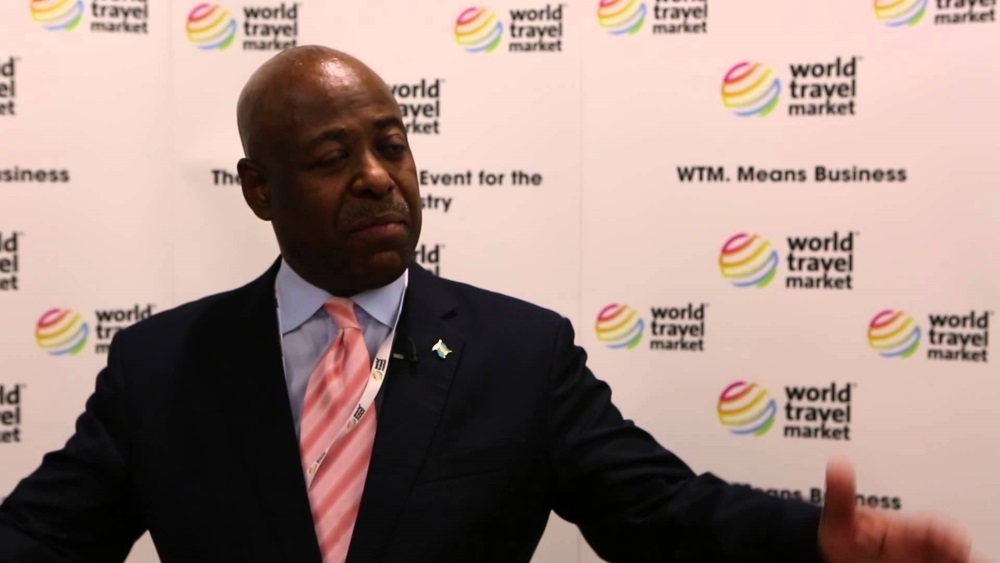 MINISTER OF TOURISM
AND MEMBER WEST GRAND BAHAMA AND BIMINI

MEETINGS WITH MAJOR INVESTORS IN LONDON

Following participation in the Commonwealth Heads of Government Meeting in Malta, and the Climate Change Summit in Paris, attended by Heads of State from across the globe, the Prime Minister and his delegation spent two days in London last week, engaged in vital and fruitful discussions with major investor groups in The Bahamas.

We took the opportunity of holding frank, timely and encouraging discussions with principals of the Hutchison Group headquartered in Hong Kong. This huge conglomerate is among the largest and most influential investors in Freeport, Grand Bahama. The Group recently underwent a restructuring of holdings and responsibilities under two umbrella companies, Hutchison Port Holdings Ltd. of which Mr. Canning Fok is Group Managing Director, and Cheung Kong Property Holdings Ltd. of which Mr. Raymond Chow is Group Managing Director. They travelled from Hong Kong to London for the meetings and were joined by divisional senior executives based in London, Hong Kong and Freeport. Hutchison Port Holdings Ltd. has responsibility for ports and CK Infrastructure Holdings Limited has responsibility for properties, real estate and resorts. Both of these entities have considerable investments in Freeport in the port, the airport, vast real estate holdings, hotels, and the Port Group of companies.
Mr. Speaker,

With the concessions of the Hawksbill Creek Agreement relating to real property tax, capital gains and income taxes expiring in February, 2016, the opportunity was taken to provide an update on the work of The Hawksbill Creek Review Committee and the steps being taken by Government regarding any proposed extension or otherwise of these particular concessions. Hutchison’s local representatives have participated fully in the Review process, and their senior executives provided useful responses and insights in relation to the concessions, the maintenance of their existing businesses, further investment, and the attraction of new investors to Grand Bahama.

At the outset of the meeting, we reiterated the terms of reference of the Hawksbill Creek Review Committee and the need for a paradigm shift in the governance of Freeport having regard to present realities, including the expectations of both the people of Grand Bahama, and investor/licensees, the inertia, division and loss of strong/visionary leadership at the Grand Bahama Port Authority. We pointed out that it was important in this context for the Government to forge a strong partnership with the Hutchison Group in arresting this situation, and in maintaining a dynamic environment in which private investments would flourish and sufficient revenues generated to adequately meet public expenditure requirements, as was not now the case. While stressing the need for greater Government involvement in governance and regulation and stronger partnership between Government and Freeport licences, we pointed to the requirement for greater efficiency and flexibility on the part of both Government and the Grand Bahama Port Authority in ensuring Freeport’s competitive edge with the rest of the world with ever changing circumstances.

Mr. Speaker, the executives of Hutchison Port Holdings and CK Property Holdings stated that they shared some of the same concerns raised by the Government. They had invested one billion dollars in Freeport and had not realized a satisfactory return on their investment. Their hotels particularly were sustaining heavy losses, nevertheless they kept meeting the shortfall and kept the hotels opened without laying off staff. Lighthouse Point hotel was being renovated for opening this winter season. They indicated that more airlift and marketing was needed to make the properties profitable, notwithstanding the major efforts being made in this regard by the Ministry of Tourism. The cost of operating Hutchison properties were also adversely affected by the high cost of labour in Freeport.

In committing to further investment in Grand Bahama including the Phase V expansion of the Container Port, in pursuing the development of a logistics centre and the development of their extensive real estate holdings, Hutchison Port Holdings and CK Property Holdings indicated that such further investment would require certainty on the extension of the expiring real property tax, capital gains and income concessions.
Overall productive discussions were had in relation to the following:

Early start of expansion of container port and related facilities.
Pursuing with partners the development of the Air/Sea Business Logistics centre.
Upgrade of the Grand Bahama International Airport and pursuant of a Public/Private partnership in its ownership and operator.
Agreement for Waiver of Exclusivity between Freeport Harbour Company and Government in relation to cruise ports, offshore cruise moorings in Grand Bahama.
Cruise port project for East Grand Bahama
Plans and initiatives to re-invigorate the hotel, casino, golf courses, and real estate holdings.
Timely completion of the Review of the expiring concessions under the Hawksbill Creek Agreement.
Matters relating to the revitalization of the Grand Bahama Port Authority, licensing and regulatory functions.

The Mediterranean Shipping Company is a major owner of cargo vessels and cruise ships headquartered in Geneva, which are also partners with Hutchison Port Holdings in the Freeport Container Port. Mr. Diego Aponte, President and CEO of MSC Shipping, Mr. Pierfrancesco Vago, Executive Chairman of MSC Cruises and Mr. Gianluca Suprani, Head of Global Port Development and Shore Activities also travelled from Geneva to London, where we held encouraging and wide ranging discussions on their present and expanding investments in The Bahamas. They were given a similar briefing as provided to Hutchison Group on the Review of the expiring concessions under the Hawksbill Creek Agreement, the need for a strong partnership between MSC and the Government in relation to the future governance, regulation and development of Freeport, the revitalization of the Grand Bahama Port Authority and the attraction of new and value added business to The Bahamas.

MSC confirmed their readiness to proceed with the $250 million phase V expansion of the Freeport Container Terminal in partnership with Hutchison Port Holdings. Currently they move 1 million containers a year to Freeport and with phase V expansion that number will be doubled. In addition they will proceed early in the New Year with the establishing of a Marine Training School in Freeport. They will train and recruit Bahamians to staff their cruise ships and serve as mariners on both their cargo vessels and cruise ships in collaboration with the Ministry of Education, Science & Technology, the Ministry of Transport & Aviation, The College of The Bahamas, and The Ministry of Labour & National Insurance, The National Training Agency and other local institutions.

We finalized our discussions on a Heads of Agreement to be executed in Nassau next week relating to an imaginative and exciting Ocean Cay Port project and the aforementioned Grand Bahama initiatives. Work on the project which will be lushly tropically landscaped, include picturesque beaches, water sports, numerous attractions, entertainment, facilities, shops etc. to be operated by Bahamians. Due care and attention will be given to preserving the marine and natural environment. MSC will position a new class of cruise ships which will call at both Ocean Cay and Nassau, catering significantly to affluent Europeans.

MSC has also shown interest in another major business opportunity in Freeport which would considerably impact the Freeport economy.

During our discussions MSC executives indicated their strong confidence in the Government and economy of The Bahamas.