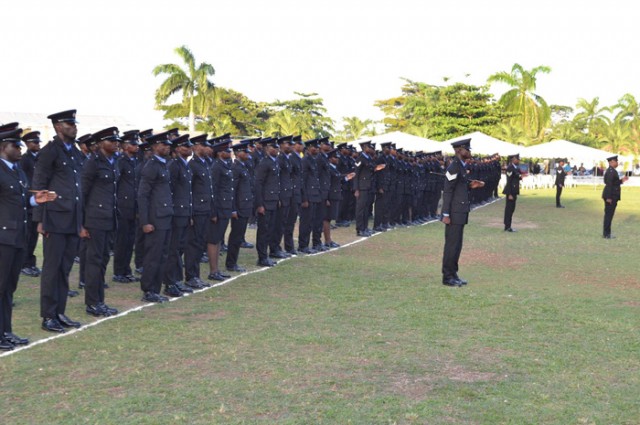 He said the new stations will be built in Yallahs, St. Thomas; Port Maria,

St. Mary, and Montego Bay, St. James, adding that the technical specifications have been completed and a decision made on the vehicles to be used at the stations.

“The new fire stations will be constructed as part of the Disaster Vulnerability Project, funded by the World Bank,” Mr. Fagan noted.

The State Minister was speaking at a graduation ceremony for 103 new firefighters, on December 5, at the Madge Saunders Conference Centre, in Tower Isle, St. Mary.

Mr. Fagan said the Ministry is committed to expanding the capacity of the Jamaica Fire Brigade (JFB), pointing out that the JFB will spend approximately $372 million to acquire vehicles to improve service delivery, and that three new fire trucks will be rolled out between December 2015 and January 2016.

He said the country can look forward to another batch of committed firefighters, ready to give first class service, and save properties and lives.

The State Minister said the new recruits and existing firemen will benefit from a number of initiatives that the Government will implement over the next financial year. “Plans have started for the development of a new firefighting training facility on lands owned by the JFB at Twickenham Park in St. Catherine,” he noted.

In the meantime, Public Relations Officer (PRO) at the JFB, Emilio Ebanks, told JIS News that the Brigade receives over 1,000 applications each recruitment drive, and only 100 persons are selected.

He said the men and women of the JFB are highly trained to protect the country from fires, and the JFB is the only institution that prepares persons in specialised areas, such as hose-handling techniques, live firefighting, rescue techniques as well as basic training to handle chemicals during fires.

Mr. Ebanks said during the three months of training, the recruits were exposed to over 30 different theoretical areas, which speak to the depth of the programme the JFB offers.

He reiterated that the JFB is committed to educating the country about how to deal with fires, citing the JFB’s Community Bush Fire Education Programme that was launched recently.

House Communication By Minister Of Tourism The Hon. Obediah Wilchcombe On Meetings With Major Investors In London