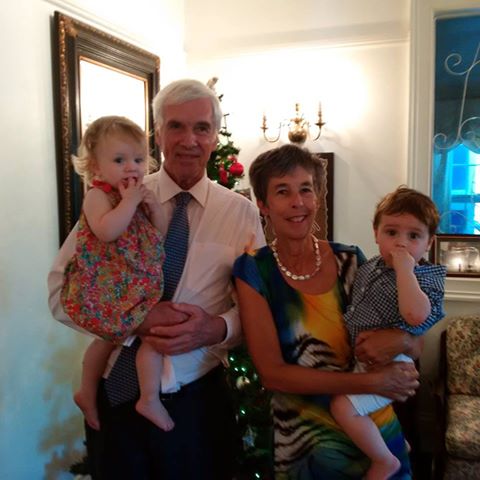 Providenciales, 24 Dec 2015 – By March 2016 the country will be able to pay down most of its UK guaranteed loan and secure a new, smaller loan through the commercial banks; this according to Governor His Excellency Peter Beckingham in his Christmas and New Year’s message to the nation.

The Governor wishes everyone a very happy Christmas admitting in the message distributed to media and posted at his Facebook page that it has been another eventful year. H.E. was counting blessings, saying the country escaped the worst of the storm season and that the TCI has been untroubled by some of the terror attacks around the world.

The Governor reminded that Waterloo marked 200 Years in 2015 and he called it, “an outstanding example in the region of TCI’s history.’ A ‘plus’ cited by the Governor is the work to strengthen the economy, tourism and the country’s international standing.

He said, and I quote: “Tourism continues to increase by leaps and bounds and 2015 saw TCI crowned by Trip Advisor as the world’s No.1 island destination.

We are now the envy of many of our Caribbean neighbours with a growing air lift across the United States and Canada, with Fort Lauderdale and Chicago being two of the newest cities with direct flights. I’m sure many of us will benefit from the competitive air fares that these new routes bring.

We should also not forget the valuable service provided domestically, and internationally, by our two domestic airlines.”

Also in the list of blessings this year from the Governor was acknowledgement of the bronze medal performance by Delano Williams as a part of Team Great Britain at the IAAF World Games in China; Williams was called “magnificent.”

Delano is poised to compete in the 4x400m at the Summer Olympic Games in Brazil. Jill Beckingham also garnered kudos; her husband the Governor hailing Footsteps4Good as a benefit along with other NGOs which received commendation for work this year.

There was a warning for the Turks and Caicos to protect its environmental reputation saying, “the thousands of tourists who come here expect to see pristine beaches and clean surroundings.”

In the close, the Governor challenged residents to exhibit the Christmas message of sacrifice and giving and noted that he was interested to hear politicians, as he put it, “extolling the virtues of graciousness, peace and good will at the lovely Christmas tree lighting in Grand Turk this month’… the Governor also said, he hopes “that they, and all of us in Turks and Caicos, will remember those virtues – shown to us above all in the life of Jesus – throughout 2016.”