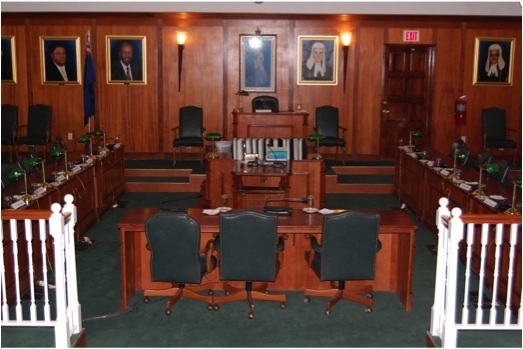 Providenciales, 20 Nov 2015 – The House of Assembly was held up in doing the business of the country today when the microphone system went out; it forced an almost two hour closure of Parliament on Thursday. It was earlier this week that some members of the Appropriations Committee chided the PNP Administration for cutting back on monies allocated for improvements to the House of Assembly.

The Member for Five Cays told Magnetic Media, the House of Assembly is ‘falling apart.’

Governor’s Appointed Member, Hon John Philips also had thoughts about the state of the honourable House of Assembly.