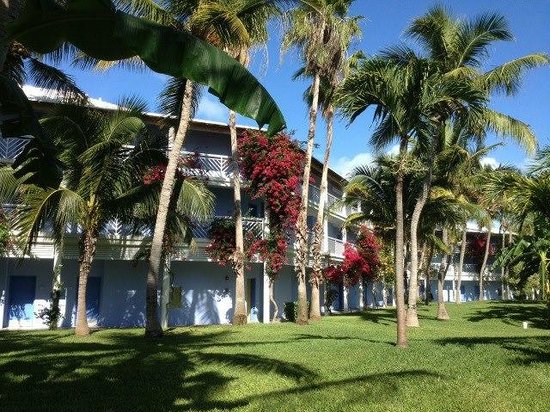 “The Government of the Turks and Caicos Islands, as well as the other defendants, were legally due to file their defence in June 2019 – well over a year ago. They did not. We have patiently waited upon the Government to file its defence but to no avail.”

A Magnetic Media article, published on March 14, 2019 reported this:

An unprecedented interest rate of 213 percent, an audit which exonerated the family all-inclusive resort of fiscal misbehavior, a surprise bill of reported back taxes, breach of government’s own agreement and deviation from its own written assurances plus over-payment of taxes by Beaches are among the reasons, Sandals Resorts International says it is forced to move forward with the lawsuit against TCIG.

“It is indeed most unfortunate that we had to litigate against our host country, but given the injustice we had no alternative. Based on the number of communications that our organization has been receiving, it is clear that the investment and banking community together with the travel trade including the airlines are all paying close attention to see whether the Government will honor its commitments.”

Beaches T&C has not changed its stance and in the Friday media statement claims the resort was compelled to file to take the matter to court and could not withdraw the lawsuit due to a string of alleged injustices perpetrated against them.

The pending litigation had also threatened Beaches operations in Providenciales; still government is accused of inaction.

“Our numerous meetings, conference calls and letters have led to no positive action on the part of TCIG. We remain anxious to resolve the matter in a lawful and principled manner but we cannot do so in an environment where our correspondence go unanswered, our law suit un-defended and our good faith overtures to engage in steps toward resolution are not reciprocated and have led nowhere despite assurances,” informed the statement issued by Beaches Resort Turks and Caicos.

The charge against TCIG is becoming a common refrain.  Magnetic Media continues to be on the receiving end of complaints about the lack of response from Government Ministers and Officials.

The reoccurring reports by members of the public fuelled an article on September 6, 2020 by Deandrea Hamilton, Magnetic Media owner, headlined:  PDM Administration, the “NO REPLY” Government of the Turks and Caicos Islands.

Beaches Resort adds to the growing list of frustrated stakeholders and candidly expressed its disappointment about the lack of progress in the legal matter.

“No investor, and in particular Beaches, wants to be involved in court proceedings with a host Country. However, given the gravity of certain fundamental breaches of our Development Agreement(s), such as provisions relating to the payment of the Customs Processing Fee, Beaches had no choice but to protect our legal and constitutional rights by filing a lawsuit against the Government of the Turks and Caicos Islands, which is available to the public. This occurred in May 2019.”

The family all-inclusive, resort village has been operating in Turks and Caicos since 1995.  While negotiations in 2019 did result in a Revenue Control Department amnesty that exempted Beaches and others from past due payments and penalties, Beaches Resort informed our news organisation that the gesture fell short.

“Since 1995 when we commenced operation in the TCI we have consistently and faithfully paid taxes in accordance with our Development Agreement(s) and the laws of the TCI. In 2017 TCIG unilaterally breached our Development Agreement(s) and other written governmental commitments which over the years formed the basis of our substantial investment in the TCI.

We have over-performed on all our obligations to TCIG and the Government have virtually “torn up” legally binding commitments given in writing as a basis for our investment. As a foreign investor, international law assures us of fair and equitable treatment by our host country, and one should expect no less from TCIG.”

Magnetic Media has reached out to the Minister of Finance, who is Premier Sharlene Robinson about the statement from Beaches.

Beaches Resort, in the media release, said they have no further comment.

The general public worries that this looming lawsuit could impact a planned reopening of Beaches Resort Turks and Caicos on October 14.

JetBlue adding New Jersey in November for Turks and Caicos

A sweet suite of support for 21,000 households and individuals in Turks & Caicos