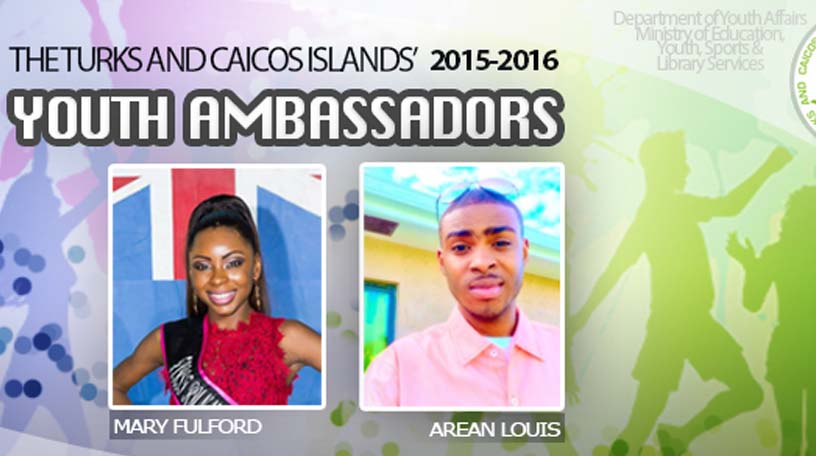 Providenciales, 18 Nov 2015 – The new Caricom Youth Ambassadors for the Turks and Caicos are both students of the Turks and Caicos Islands Community College; their new responsibilities to represent youth issues regionally was announced during the last meeting of the House of Assembly by Minister of Youth, Deputy Premier Hon Akierra Missick.

“I am proud to announce the appointment of our new CARICOM Youth Ambassadors from the Turks and Caicos Islands, Miss Mary Fulford and Mr. Arean Louis.”

Mary Fulford is a member of the TCICC Student Guild and a Humanities and Law student, while Arean Louis is pursuing an Associate of Arts degree in Primary Education and is a former Junior Tourism Minister.

The pair is also being congratulated by outgoing Youth Ambassador, Donte Franis, who in a press release encouraged residents to support the duo. “As productive citizens of this country, let us share as widely as possible the banner to get the general public aware of who’s representing the youth.” Francis provided a colorful graphic which features the faces of Mary Fulford and Arean Louis.