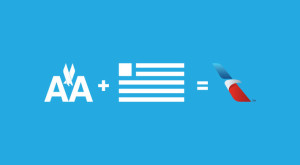 Providenciales, 23 Oct 2015 – A week ago today, the Turks and Caicos bid farewell to the final US Airways flight as the company now begins a new chapter since its merger with American Airlines. TCIAA Marketing Manager, Lavern Reynolds said US Airways is gone but never forgotten.

“When US Airways departed Providenciales International Airport (PLS) for Charlotte, North Carolina on Friday at 3:26pm on flight US880, it was an emotional moment for the staff here at PLS. This flight would go down in history as the last ever US Airways flight departing from our shores.”

CEO John Smith explained that, US Airways, had opened up many routes for the Turks and Caicos Islands and helped the country to welcome thousands of tourists annually.

It is said this merger will bring about enormous passenger benefits such as; one single website for ticketing and no more double booking with dual companies.

This merger has made American Airlines one of the biggest airlines in the world.